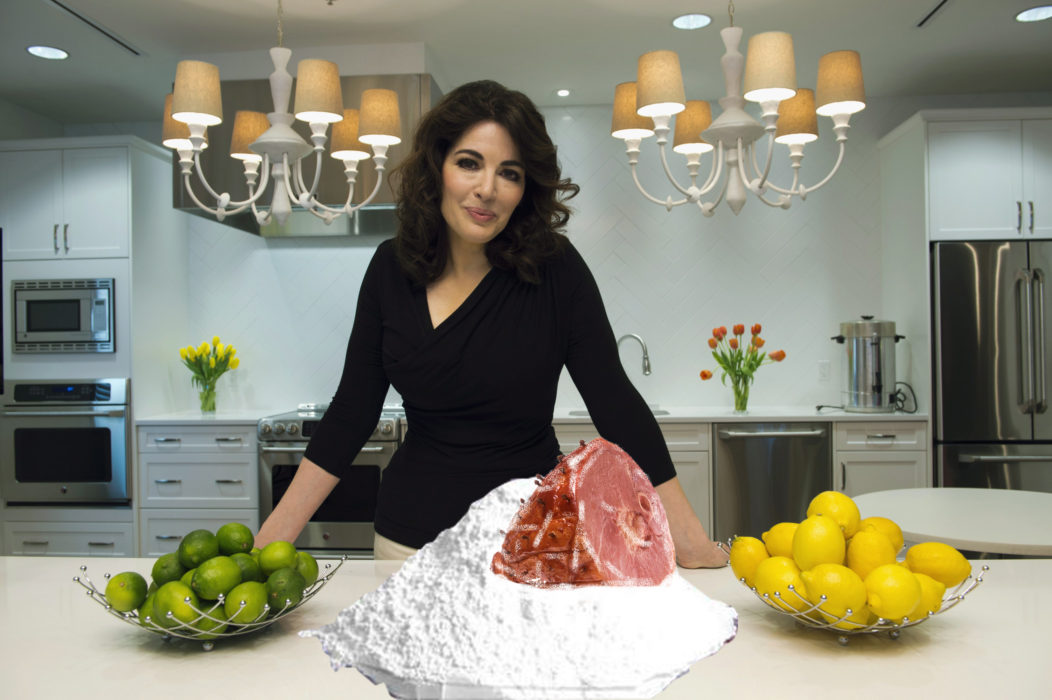 Celebrity TV chef and drug aficionado Nigella Lawson has told close friends and relatives that she will be cooking this year’s Christmas ham in coke.

Ham basted in Coca Cola has become a popular trend in recent year, however, Lawson has decided to go one step further, and elevate her position among the nation’s wreckheads, by cooking the lump of pork of cocaine.

“Nigella Lawson is an absolute star,” claimed celebrity powder sniffer Charlotte Church. “I’d easily pay a couple of hundred quid to go around her house for Christmas lunch. Can you imagine what the crackling on that ham would be like? Followed by a powdered dessert served straight off her big old titties. Lovely!”

Wunderground also managed to speak to Lawson about her upcoming culinary creation, “Now that all children have grown up, and developed drug habits of their own, Christmas can be quite a timid affair in my house,” explained Lawson. “So, this year, I’ve decided to spice things up a little by cooking my Christmas ham in a cocaine crust.”

“I’ve been cooking with cocaine for years now and it really adds a unique flavour and element of fun to all meals,” continued Lawson. “It also acts as a great appetite suppressant so you’ll be full after two or three bites, it’s a great supplement for people looking to lose some weight over the festive period.”

Lawson’s decision to combine cooking with recreational drug use has been well received by Britain’s lad population, many of whom claim Nigella is now “top of their wank list”.

“She’s pretty much the perfect woman, innit,” claimed twenty three year old Kyle Martin, from Surrey. “She’s got the looks, the money, the drugs and she’ll make you an awesome bacon sarney in the morning. I bet she loves having her arse smacked, watching the footie and giving blow jobs too. I think I’m in love.”

According to rumours, Lawson has invited a host of TV celebrities, including Danniella Westbrook, Tulisa Contostavlos and Kate Moss, to her house for Christmas lunch.