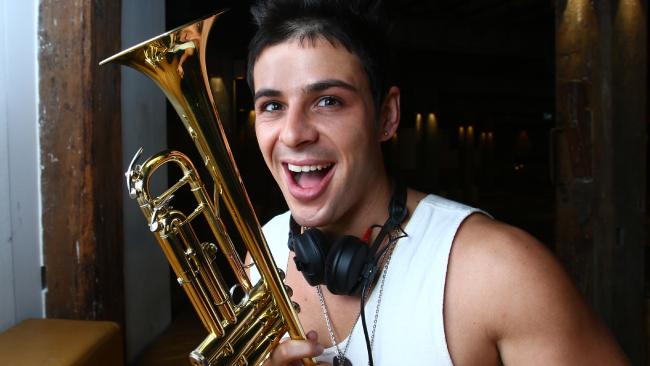 Australian brass blowing sensation Timmy Trumpet has revealed his lack of “a gag reflex” as a key element to his success in the music industry.

Trumpet has been making his imprint on the electronic music scene over the past decade by incorporating live trumpet solos over EDM DJ set, which is a performance style known to most as “total wankerism”.

Now holding residencies in Ibiza, as well as performing alongside the likes of Fatboy Slim, Armand Van Buuren and Fedde Le Grand, we sat down with the Foster’s guzzling Aussie to see exactly how he had managed to get where he is today.

The interview commenced as expected, with Timmy arriving on a skateboard, wearing a freshly made shark-tooth necklace, whilst maniacally punching a baby koala bear to death. He let me know that he was almost ready to begin by shouting, “One second cunt, I’m just finishing off this fucking cunt!” as he repeatedly bashed the already dead koala in its face.

“A few years later, I found myself getting booked for a gig in Ibiza. Of course, if I wanted to blow my trumpet in Ibiza, I had to blow Ibiza like my trumpet, if ye get what I mean mate? I guess you could say, having, no gag reflex has really helped me get where I am today.”

Timmy Trumpet’s appeal may seem elementary to most underground music lovers, however there’s no doubt in saying that the currently ranked number 1 Australian DJ has done what it takes to make it to the top. He’s taken it all on the chin, literally.