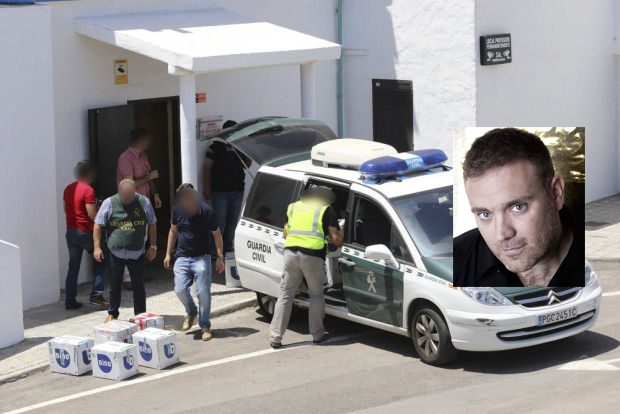 Cocaine Responsible For 1 Out Of 3 Unplanned Pregnancies

The ongoing world wide search for legendary DJ Seb Fontaine was put on hold this morning after police in Ibiza discovered the forty five year old hidden in secret compartments inside the walls of superclub Amnesia.

Fontaine has not be seen since he was discovered living in a wheelie bin outside a block of London flats in November 2014.

“Seb just wants to be left alone,” claimed close pal Paul Oakenfold. “He’s been trying his best to just disappear but everyone keeps looking for him. I’ve told him if he want’s to fade into obscurity he should look at what Ten Walls’ has done and make a homophobic rant on Facebook but he actually likes the gays and the wifi inside the walls of Amnesia is terrible.”

“He thought he would be nice and safe there, away from any prying eyes but apparently one of the cleaners heard a Utah Saints track being whistled from inside the walls on Tuesday morning and notified the authorities,” continued Oakenfold. “Before long the place was swarming with cops and it was only a matter of time before he was discovered.”

“Now that he’s been found he’ll most likely be paraded around the island like a performing monkey for a few weeks. There’ll definitely be offers of gigs from Eden and Es Paradis but that’s not what Seb’s about anymore,” revealed former Cream resident Oakenfold. “Nowadays he spends his time writing poems about a bumble bee named Alex P who is the insects world’s biggest DJ. They’re really good too.”

So far Fontaine has yet to comment, although, according to sources close the the DJ, he will most likely vanish again as soon as he is released from custody, with under the stairs at Judge Jules’ house and the back of a scrapped 1983 Austin Metro his most likely destinations.