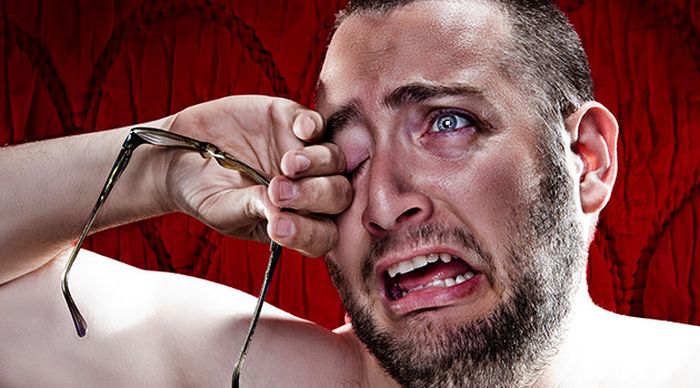 An electronic music producer is set to spend the rest of the day sobbing after accidentally deleting his entire music library.

Alex Draper was reportedly reduced to a “sniveling mess” after accidentally pressing the “delete” button on his laptop shortly before lunch time today.

“I was down stairs when I heard this crazy, unconsolable wailing coming from Alex’s bedroom,” claimed housemate Paul Shields. “I ran up stairs fearing the worst, I thought he was after having an accident or finding out someone had died or something like that so it was actually a bit of a relief to find him crying about his music.”

“My natural reaction to seeing a fully grown man crying over something trivial is obviously to burst out into fits of laughter,” continued Shields ruthlessly. “It probably wasn’t the best reaction on my part, it just seemed to make him worse. He really was crying like a baby, he was even starting make himself gag with the tears, if it wasn’t so pathetic it would be hilarious.”

“After I finally pulled myself together I asked him if he’d tried to restore it,” explained the housemate. “Bad move. He went nuts, he was screaming ‘of course I tried to bloody restore it’ he was totally spazing out, then, in a fit of rage, he smashed his laptop off his bedroom wall. It was like watching a toddler having a tantrum, if toddlers were fourteen stone, six foot three inches tall and had beards.”

“I really don’t know why he’s getting so upset, his tunes are shit and he never finishes them anyway, there was literally fifteen hundred partial tracks in that library.”

Mr. Draper, who is still believed to be sobbing, has yet to comment on the issue, although, according to friends of the produce, he is “strong” and will be back making “parts of tunes” in no time.