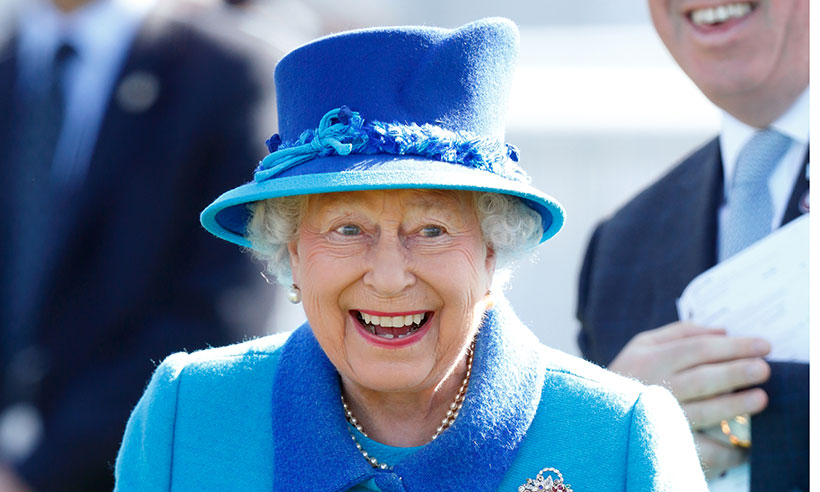 Reports from Buckingham Palace have revealed that the Queen received over one million dick pics since opening an Instagram account.

Sources within the Palace claimed the dick pics came in “all shapes, sizes and colours” as well as arriving from almost every country in the world.

“The Queen has been really loving life since she signed up to Instagram,” confirmed our source. “She’s been walking around the palace with a huge smile on her face and giggling like a school girl every time she looks at her phone, the atmosphere in here hasn’t been this good since the weekend of Princess Di’s car crash.”

“Normally, the only dicks Lizzy gets to see are her two grandsons, but she hasn’t seen an actual dick in almost twenty years,” continued our source. “So seeing so many, in such a short space of time, has had a real positive impact on her, it’s taken years off her mental health, she’s walking around whistling the national anthem with a real glint in her eyes.”

“Everyone in the Palace has been feeling the positive effects of the dick pics, apart from Philip, obviously, he’s not too happy about them at all,” our source revealed. “Not a lot of people know this, but Phil’s actually got a micropenis so seeing all of these averagely sized cocks has made him really jealous, he’s even taking to driving blindfolded in protest against them, it’s only a matter of time before someone gets hurt.”

According to reports, the Queen has chosen a selection of British penises who will be invited to the Palace for her birthday celebrations this year.

“The honours list this year is very likely to be made up entirely of men with large or misshapen penises,” another Palace insider claimed. “We’ve got one man, for Durham, who is likely to be knighted on account of his seventeen inch dong, while another man from Belfast will be given an OBE because his cock looks exactly like Jimmy Somerville. And that’s just the tip of the iceberg.”

If you would like to slide into the Queen’s DMs, we’ve been advised she prefers unfiltered images of penises with soft , she’ll also be awarding extra points for dick pics featuring dogs.