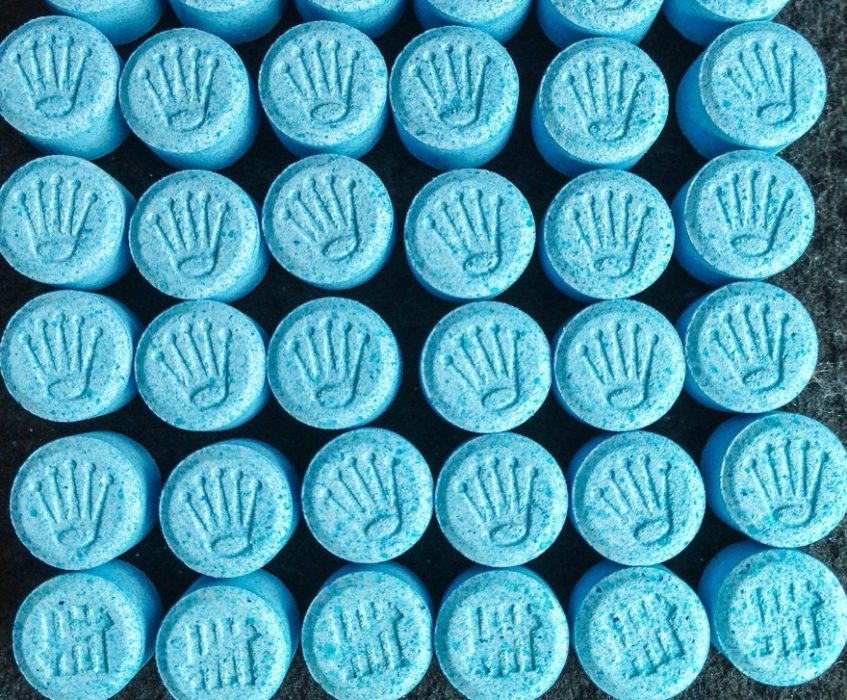 Swiss based watch manufacturer Rolex have recalled a batch of pills which apparently cause time to slow down.

The pills, which are blue and are emblazoned with Rolex’s crown logo, are believed to have been distributed throughout northern Europe but could have made their way as far afield as Ireland, Italy and Greece.

Rolex’s chief engineer Sven Koehl spoke to Wunderground about the batch of malfunctioning pills, “We’ve made the decision to recall the batch of pills after a receiving a number of complaints from customers who claimed the pills had made time slow down almost to a standstill.”

“Naturally, here at Rolex we take time very seriously,” continued Mr. Koehl. “Whether we’re designing a gold standard timekeeper or making a batch of bat-shit-mental disco biscuits we always try to ensure that time is adhered to in the highest regard. The last thing we want is one of our customers to practice bad punctuality because the pills we make are slowing down time.”

“We’ve heard of people showing up three hours early and off their tits for job interviews or queuing up outside nightclubs at two o’clock in the afternoon so, to be safe, we’ve recalled the entire batch of pills,”

According to Robin, a drug user from the Netherlands, the Rolex pills are “trippy as fuck” and leave users in a severely “euphoric but confused” state.

“They’re great pills man,” confirmed Robin, twenty three. “The only problem was they completely slowed down time so after what felt like about four hours, but was only ten minutes, I decided to take another one. That’s when things got trippy as fuck. At one stage I was talking to a magical duck who lived in my friends chin but I was actually just talking to a face I’d scribbled on my hand. I’d definitely take them again.”

Rolex have ensured that anyone who returns their pills will receive replacements within two weeks and are advising anyone that has taken the pills to cancel all appointments, find some good tunes, be careful not to chew the inside of your face and drink plenty of water.