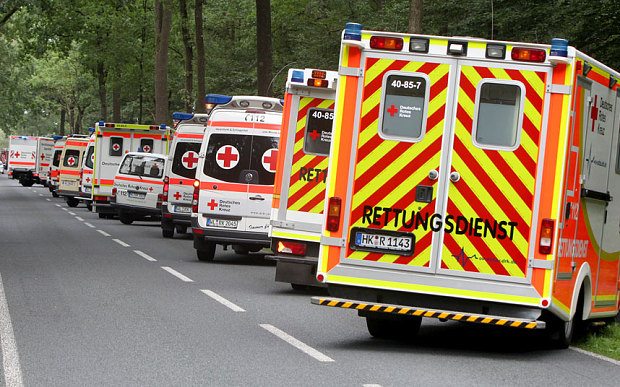 Dirty Bass Causes Man To Throw Up In Crowd

A group of German homeopaths, or pseudo-scientific fraudsters as they are otherwise known, were left shocked after taking a suspected homeopathic substance that actually worked.

At a conference in Hamburg this week it was reported that the group of homeopaths were rendered debilitating, drooling messes after taking a mysterious substance they assumed to be a homeopathic remedy.

“Every year at these conferences we tout newly created substances from the laboratory/herb gardens of homeopathy’s most renowned proponents,” explained one witness. “Usually we do some kind of schtick, pretend to feel effects and then bottle and sell it to the stupid and bewildered for a large profit.”

“But this year everyone was left shocked, and tripping balls, after it turned out that one of the substances actually had an effect on the body that was more than the effect a glass of water would have,” he continued before claiming that “in all [his] years of homeopathy the only similar thing happening was when we accidentally drank cow’s piss we believed to be the watered down essence of Solpadeine”.

Reports from the conference claim that after a few of the homeopaths dabbed the white crystalline substance onto their tongues they began experiencing hallucinations and delusions.

“What was strange though was that the delusions didn’t involve a silly belief that water had magical properties – which you pretty much expect from homeopaths,” he added, “but that they could hear colours and that all existence was a simulation created from the unified conscience of every living thing.”

“And unfortunately, you can’t really bottle that and sell it,” he added. “So far we suspect that the substance that our colleagues imbibed was most likely either 2C-E, an actual real-world psychotropic substance, or a really, really, really potent serving of homeopathic water that, although it causes hallucinations, will probably cure eczema.”

The homeopaths who mistakenly took the substance are said to be over their ordeal, with most of them renouncing their faith in homeopathy and investing their belief and time in the consumption and distribution of actual drugs which they’ve readily admitted “are fun and actually have an effect on the human body”.