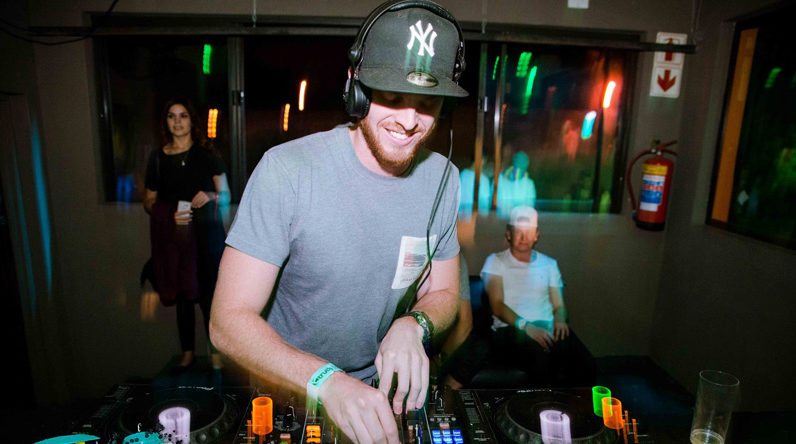 The world of dance music has been thrust into disbelief this afternoon after a DJ decided against starting his own record label.

Spencer Davies, a.k.a. 6th Spence, shocked his peers by claiming that he had no aspirations to become a record label owner during a conversation in the DJ booth of a local night club late yesterday evening.

“I couldn’t believe that Spencer said he wasn’t planning on starting his own record label,” claimed friend and fellow DJ Ryan Smith. “What kind of DJ doesn’t want to run a label? An unambitious one if you ask me. I really can’t see how he plans on being successful if he doesn’t even want to start his own label, I’ve been a DJ for twelve years and I’m just about to launch my fifth label, it’s part and parcel of the job.”

According to Mr Davies, DJing and producing music has always been his childhood dreams and he is willing to do whatever it takes to achieve them.

“Ever since I was a boy I’ve wanted to be able to make people dance by playing them music that I’ve made,” claimed Davies. “None of that involves starting my own label, what kind of boy sits at home as an eight year old thinking about sitting in an office and running a crappy label? The reason so many of them fail is because every cunt and his uncle has one, that’s not for me.”

“I’m too busy looking for new music, practicing my mixing, traveling and producing to even think about it anyway,” continued the DJ. “I’d love to have a platform to release my music but I haven’t had a minute to myself since I started the 6th Spence project. Honestly, any young up and coming DJ who has the time to start their own label isn’t working hard enough.”

In related news, five year old children all over America are believed to be sitting at home day dreaming about one day paying a ghostwriter to make music for them, throwing cakes at people and pressing play on a CD player at Electric Daisy Carnival.