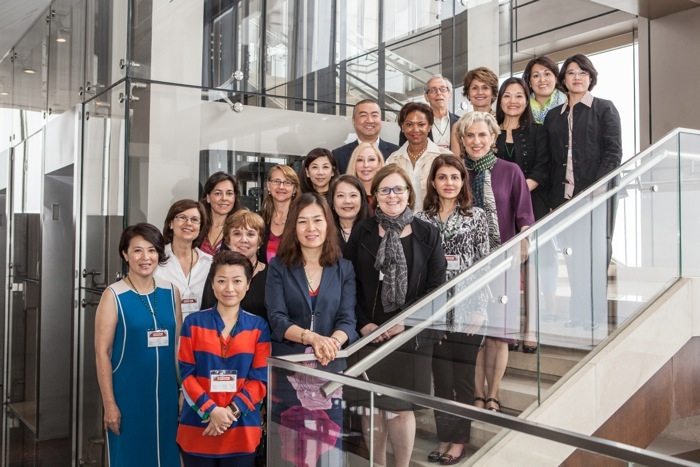 In a strange development from the world of house parties, sitting on the stairs has been declared the new standing in the kitchen.

Party insiders have revealed that the stairs have become an increasingly popular destination for party goers in recent times for a number of reasons.

“Kitchen’s are so 2013,” our source told us. “Back in the old days, before craft beers, ales and gin and tonic served with cucumber and black pepper, all anybody wanted to do was be in the kitchen close to the fridge, standing up and having some good old fashioned bants but that was, like, four years ago, no one really cares about that sort of thing nowadays.”

“Parties are all about image these days, I’d rather spend the entire night uncomfortably holding one room temperature drink, served in a jam jar, crammed onto a set of stairs than appear on somebody’s Snapchat story in a kitchen,” continued our insider. “There could be dirty dishes or, even worse, food on display, the last thing I want is for someone to see me on the internet and think I’m a slob or that I eat, they might think I’m fat.”

Rumours suggest the latest party trend started after Kylie Jenner posted a photo of herself and her crew sitting on the stairs in her apartment building on Instagram in September 2016.

“Stairs are such a good place to take some pics with your squad,” claimed our source. “If you line everyone up you can easily get everyone in a single shot and, if you get your angles just right, you can even do a little bit of up skirt without flashing your pants, so you look sexy but not like a slut.”

According to data analyst Mike Smyth, kitchens are now seen as a “working class part of the house” and millennials are distancing themselves from these areas.

“Food preparation, cooking, baking and washing dishes are a total no go for the modern youth,” Smyth told us. “They see them as menial tasks that, even though they all do them, are totally below them. It’s working class and we all know millennials aren’t working class because they’ve never worked a day in their lives. On the other hand, stairs show something completely different, they show levels, a bigger house, something to rise up to and opulence, that’s why they’re so popular at the moment.”

“The way these trends work is so unpredictable, one minute standing in the kitchen is popular, the next it’s sitting on the stairs, this time next year they’ll all probably be rolling around out the back drinking cat’s piss out of flower pots.”