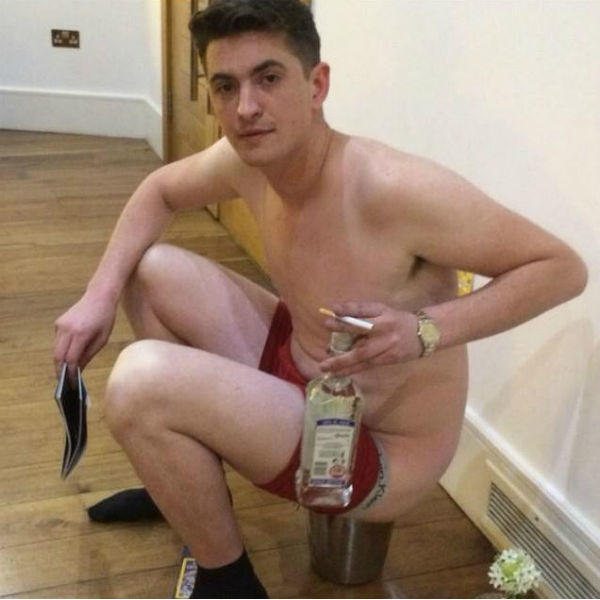 It has emerged today that London based electronic music producer and former ankle model Skream is set to dramatically drop pants and perform naked in an attempt to raise money to build a charity DJ hospice next month at Dublin’s Opium Rooms nightclub in an event curated by dance music bullshit artists and scrotum fans, Wunderground – the full shocking details of this ball, peen and ankle exposing event are available here.

The night in question, due to take place on October 24th, will be the first leg of a month long European tour that will see the DJ bare all in front of crowds as far afield as Reykjavik and St. Petersburg and will have more DJ flesh on display than Seth Troxler’s birthday party.

Event promoters, Abstract, released this statement yesterday, “We’re over the moon to announce that we’re teaming up with Skream and Wunderground to bring the Balls For Old Boys tour to the Opium Rooms on October 24th. You’ll be able to catch Skream DJing naked in Dublin’s finest venue as he attempts to raise money for a DJ hospice where past it aging DJs such as Brandon Block and Alex P wile away their twilight years playing old skool sets and pissing into bedpans.”

Skream, real name Oliver Jones, spoke to Wunderground about the upcoming tour, “I’m a little bit nervous about the whole thing to be honest with you. I haven’t got my nuts out in public since the time Benga dared me to DJ at a twenty first birthday party with no keks on but that was years ago and my balls have aged a lot since then, as you can tell from how they dangle and also the wet musky scent.”

“The idea of the campaign is to give old has-been DJs who are out of work a place to go and live out the rest of their days in relative comfort,” explained Jones. “Guys like Seb Fontaine, Judge Jules and Tall Paul who haven’t worked in years- on account of them being uncool, retired, shit or whatever – will be able to hang out all day long with other like minded and equally over the hill DJs, just like the backstage area at Danny Tenaglia show.”

According to exhibitionist Skream, seen here browsing the classified ads for toilet paper on a quiet Tuesday, the DJ hospice will provide specially curated gigs for the in-patient DJs, thought to include such luminaries as Jeremy Healy, Dr. Neil Fox and Howard from Take That, to play sets that which will be exclusively populated by ravers over 35, former big beat fans and people who still use the phrase “ave it large”.

“We want to kit the place out with the best equipment that money could buy – back in 1991 – so we’ve already bought a brand new pair of second hand Technics 1200s, a two channel Kam mixer and a slightly damaged Kaoss Pad,” revealed Jones. “We’ve also got an infinite number of old Tidy Trax and Positiva records for them to potter around with. The place is going to be awesome, like an uber cool pre-party for the morgue.”

Jones has revealed that the entire cost to build the hospice, set to be named Progressive House Old Timers Retreat, will be close to one and a half million pounds, although half of that sum has already been donated by an anonymous DJ who claims “it’s a small price to pay” if it means Paul Oakenfold won’t be calling around to his house everyday.