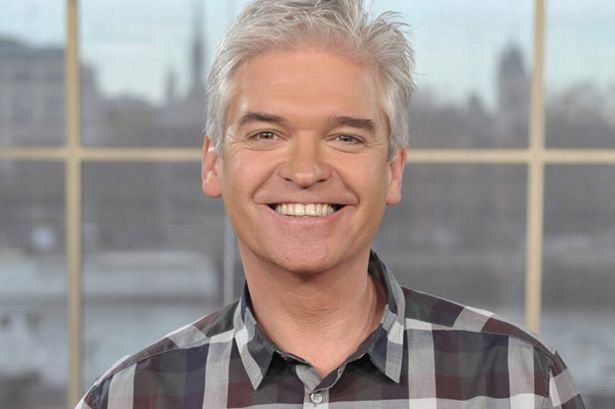 Day time TV stalwart Phillip Schofield has admitted, live on TV, that smoking crack was the main reason his hair turned white at such a young age.

Schofield spoke openly about his struggles with addiction for the first time on today’s episode of This Morning.

Fellow presenter, and wank material for every schoolboy in the country pulling a sicky, Holly Willoughby spoke to Wunderground about her colleague’s admission, “I had no idea that Philip had been addicted to crack back in the 90’s or that crack could turn your hair white. You learn something new everyday, I guess that’s what’s so great about informative shows like ours.”

“I feel kind of bad now for always going on about how I’m addicted to chocolate and shoes,” continued Willoughby. “I didn’t know he was a real addict, like a proper drug addict you’d see in Scotland. He could have aids or anything, I’m kinda regretting the Christmas party two years ago now. I better go and get the test done, again!”

According to reports, Schofield came clean about his addiction during a completely unrelated segment about the current cost of motor insurance.

“It was very odd, one minute everyone was talking about the cheapest places to insure your car and the next Scofield was coming clean about his days on the pipe,” explained show producer Rick Watson. “It was still great TV, there’s nothing better than someone shaming themselves for ratings, but if we had of known he was going to do it we could have organised some extra content, like a re-enactment or “Ten Celebrity Drug Addicts” section.”

During his shocking confession, Schofield claimed that it was a mixture of high purity crack cocaine and the added stress of having to “give George Michael hand jobs” to pay for it that caused him to prematurely go white.

“There’s no history of whiteness in my family at all,” claimed the presenter during today’s show. “I can safely say that it was smoking crack that turned my hair white. How much do you think Go Compare would charge me if they knew that?”