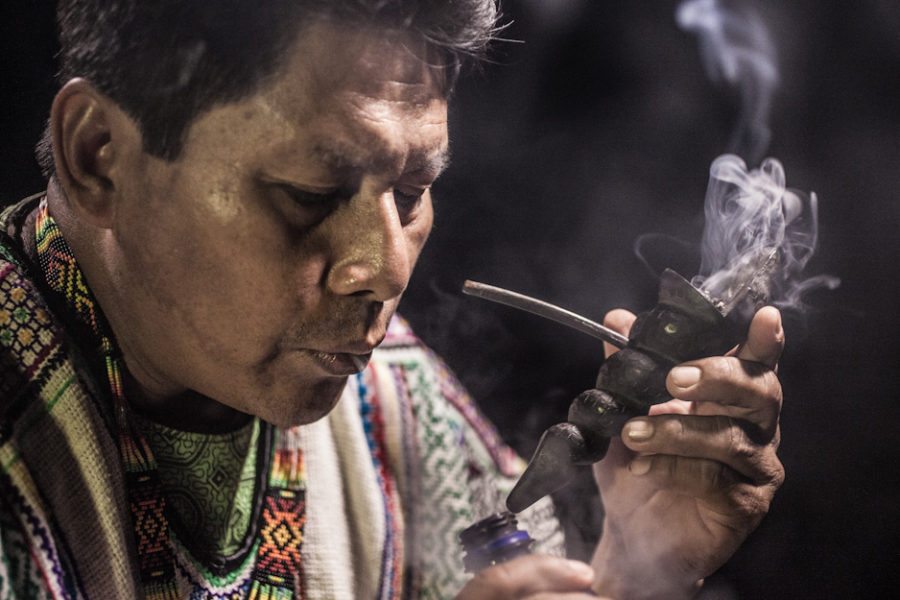 Consuming the powerful psychotropic hallucinagen DMT is doing more for belief in the afterlife than organised religion has in decades, a report released today claimed.

“DMT is responsible for providing users with powerful trips in which they often experience the presence of calming beings believed to be from an underlying layer of reality which then expose people to the idea that the information we receive through our physical senses is limited,” claimed psychonaut Professer Rick Strassman. “When people make this deep connection and understanding that there is more to reality than what we can experience through the senses they begin to suspect that there may be more to life than the physical.”

“I prayed for years and went to church but have never had anything near a proper religious experience before,” claimed one respondent, an 80 year old formerly lapsed Catholic, Niall O’ Hara from London. “But when I smoked DMT it was like someone came along and went ‘here look behind this curtain’ pulled back our received reality and went ‘that’s reality.'”

“You could pray for years and give as much money to the church as you could afford but you wouldn’t even scratch the surface on the deep underlying belief in the divine that DMT provides after even one experience,” continued Niall. “I’ll never go to Mass again unless I’m weirdly too happy and want to depress myself and feel guilty about some natural urge I might have.”

“It seems that it’ll be more like the contentment of a warm hug from a loved one stretched out to infinity while you bask in the wonder and beauty of creation itself,” he added.

Reports claim that formerly militant atheists and rationalists who dispelled belief in any form of pseudoscience felt that they experienced things while smoking DMT that they couldn’t quite explain as belonging to reality and therefore now suspect there may be more to death than just nothingness.

“I’ve upgraded from atheist to agnostic, I don’t know what’s there,” concluded Niall. “I’ll never be fully blown religious but I trust my own mind and the experiences I had with DMT more than a priest. Mainly because DMT doesn’t rape children or hoard donations by the poor to live in powerful opulence.”