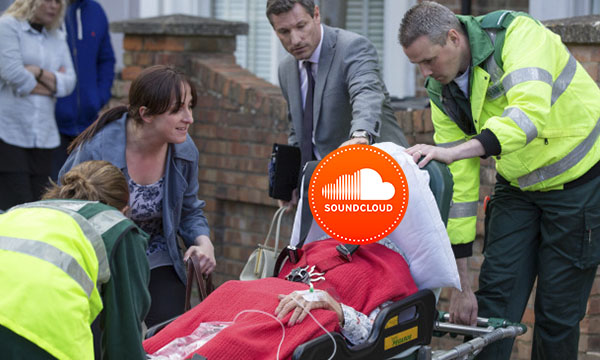 New Technics Turntable Can Tweet, Moan About Room Service & Do All Your Ket

A leaked Christmas trailer for Eastenders hints at the popular streaming platform Soundcloud being killed off in an emotional Boxing Day farewell episode.

The special Christmas trailer sees Soundcloud take a turn for the worst. With its health rapidly deteriorating in the lead up to the festive season, the new clip shows emotional staff and premium users huddling around its dried up corpse after it collapses running through Albert Square.

Billy is heard sobbing “they’re gone” while wife Honey comforts him on the loss of all his “Live From The Queen Vic” mixes, a long-time favorite at after-parties around the square.

In the pub, later on, Mick Carter (played by Danny Dyer) makes a toast to “absent friends”  and “platforms we’ve loved and lost”

As its user base, staff and investors continue to rally around it in the coming weeks, they’re shocked to see the tangoed website panned out on the exact same spot that Dirty Den was shot and killed only a few Christmas’s ago.

The platform, spitting out 404 errors and Defected mixes all over the pavement, is then swept into a bin bag and will be buried under Phil’s patio alongside Bebo and Myspace in a special New Year’s Day farewell episode.

It’s believed the BBC is in talks with Tidal to replace the Soundcloud character, and also to give them something new to kill off in 2018.