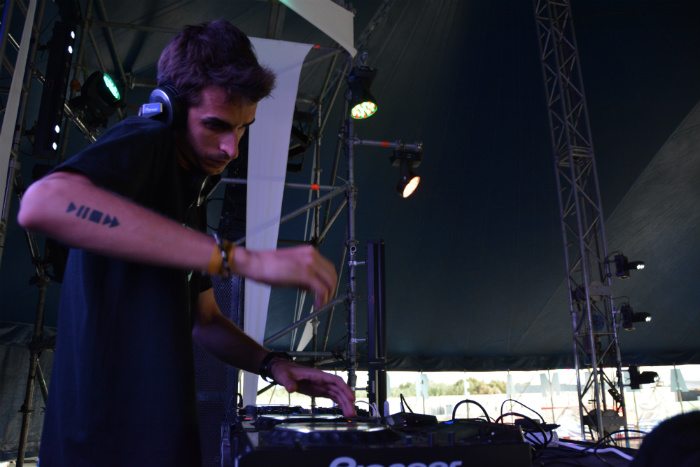 Track Of The Day: Remote – Alcyone

London based tech house DJ, Robert Jonathan Swift, made his international debut last week when he was invited to play club Trouw in Amsterdam.

“It was a huge gig for me at this point in my career,” Robert told Wunderground. “Unfortunately when I arrived at the club for my slot I realized I had accidentally brought along a blank USB stick. I began to panic until I looked out into the crowd and noticed the eyes closed, gentle swaying being exhibited by the crowd and figured everyone was likely on some sort of bath salts and/or completely blitzed on ketamine so I figured I could shoot from the hip and wing it.”

Robert was able to borrow his mate’s laptop and download a generic tech house loop moments before he had to begin playing. “The plan originally was to download a few more tunes somehow, but after playing with the effects a bit and using the faders slightly the crowd was actually giving me a great response so I decided to just keep on with it and I actually had them eating out of my palm in no time,” Robert explained.

“Three hours into the set, I feigned going to the toilet whilst I loaded some indecipherable vocals onto the sample decks,” Robert informed us, “that really sent them over the top, and soon enough it was complete bedlam in the main room.”

When asked about the set, stoned club attendees gave Robert shockingly favorable reviews despite the fact that he played the same track looped for five hours straight.

“Sick innit?” one clubber exclaimed when asked about the night. “The technicality of the mixing was such that I hardly noticed a transition for the whole of the set.”

“Brilliant,” flatly stated another partier, “rarely do you see a DJ put in that much variety and thought from the warm up to peak time and come down. A masterclass in both technical ability and musical knowledge. So refreshing to see a DJ not simply press play but take the crowd on a journey start to finish.”