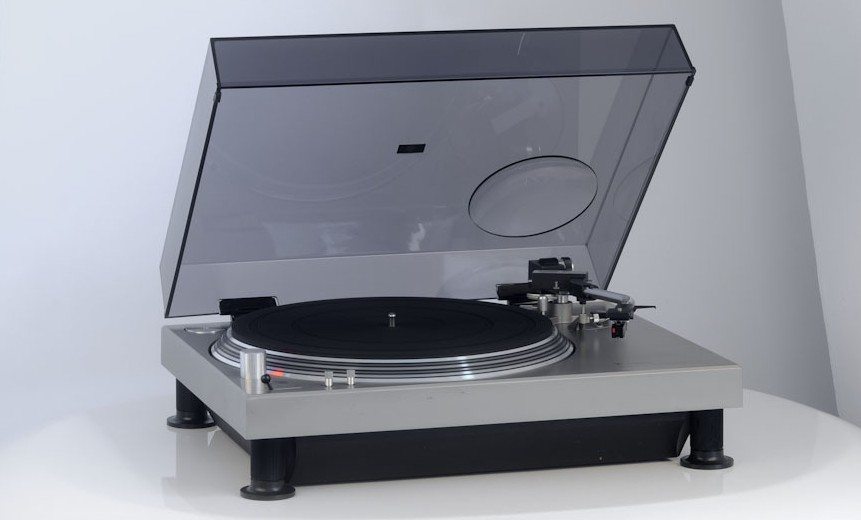 Technics, long the bastion of vinyl only mixing, have claimed they’re bringing out the new deck to regain relevance in the current dance music climate of “moaning about stuff on social media”.

“It doesn’t take usb, cds or records,” explained a Technics’ spokesperson, “it basically just sits there acting as a focal point for the ongoing tedious debate around the use of technology in DJing.”

“This is the next gen of DJing equipment which foregrounds the debate around the capabilities of the equipment rather than the skills of those using it,” continued the announcement. “Those guys are the real experts.”

“I used one last week and I’ve got to tell you, it’s amazing,” offered DJ and blogger, Peter Nugent, “straight away I started questioning the legitimacy of mixing with one format of music storage over another.”

“After about 5 minutes of using it I immediately wrote a thinkpiece on the subject for a broadsheet newspaper that generated a lot of interaction,” continued Peter, “mostly in the form of other discursive thinkpieces – both for and against the deck – and its place on the DJing landscape.”

“And isn’t that what we want from an announcement of a new piece of DJing kit?”

Described as “the most middle class deck yet” it comes with its own wheeled plinth so that budding DJs can bring it to friends’ houses and have people wonder how you actually work it, and if it’ll undermine the art of mixing with the other traditional formats that actually play music and aren’t just conversation starters.

Tentatively called the Technics Pedantic Chin Stroker the deck is expected to be a huge hit with that breed of people who have nothing better to do than debate the merits of formats rather than DJing.

Some people have predictably taken issue with the fact that the new turntable’s only supported function is starting debates and promptly began a debate around the issue before becoming entangled in cycle of unmitigated irony.

The Chin Stroker is expected in stores next summer.