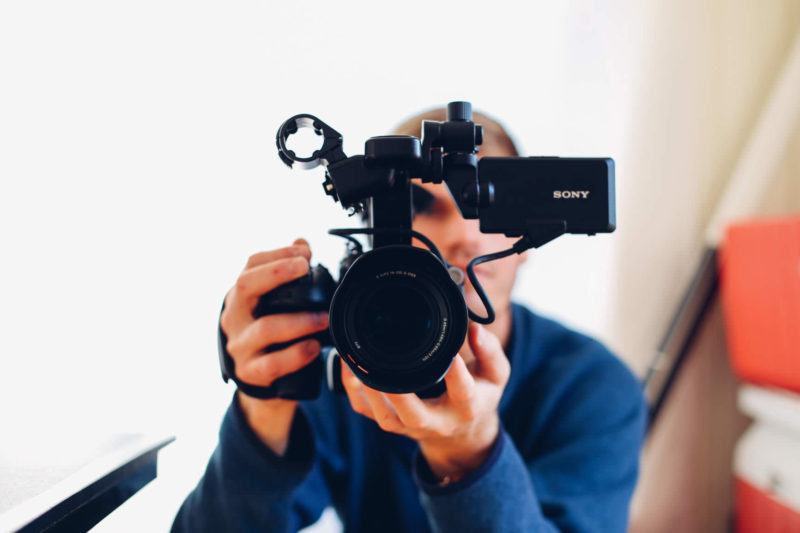 A videographer has been declared a modern-day Jesus after making the after-movie of an extremely shitty party look really good.

Despite being attended by a crowd “rougher than a bear wiping its arse with sandpaper” and being the scene of eight serious fights, two stabbings and a sexual assault, Mr Draper still managed to make it look like a good party.

“Fucking hell, I’ve never been to war but I can’t imagine it would be any worse than what I experienced at Looney Choooons last week,” Draper told Wunderground. “That was easily the worst thing I’ve seen since that time I binge-watched an entire season of Embarrassing Bodies.”

“I’m actually surprised that I had enough footage to make the three-minute after-movie considering all of the fighting I had to edit out of it,” continued the videographer. “But it actually turned out quite good in the end, I just hope that no nice people end up going after they see it, I’d feel really guilty if someone decent went and ended up getting assaulted, or worse.”

Harry Ward, owner of Looney Choooons, claimed that Draper was a “fucking miracle worker” after watching the after-movie.

“It’s fucking brilliant that,” he said. “I’ve no illusions about Looney Choooons, I know it’s fucking shit but it makes money, that’s why I do it. I don’t even go to the events anymore myself, I just organise them and pay the staff, but watching this video has made me want to go again, which is crazy because I know exactly how shite they are.”

The latest reports from Bradford suggest the West Yorkshire Police have confiscated the after-movie, which will now be used as evidence in a number of court cases.