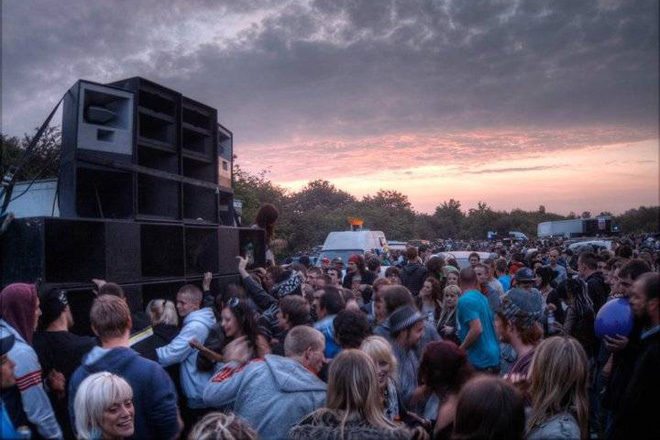 The Social Festival To Hold Minutes Silence In Memory Of Fabric

It has been revealed that there are at least one hundred and seventy two illegal raves planned across London this coming weekend.

Following the closure of world famous nightclub Fabric, combined with the tragic occurrence of Studio 338 burning down less than a month ago, leaders of the London Rave Scene (LRS) have declared that nightclubs are now “dead in the water” and for authorities to “expect an up rise in kids getting fucked up in fields”.

“Fabric being shut down was a premeditated, malicious attack to turn that area of London into luxury flats,” announced Rob Neville, the official spokesperson for the LRS. “If Islington council and the Metropolitan Police think that closing Fabric will prevent thousands of people from taking drugs and listening to techno, they’re well and truly mistaken, you should see all the plans for this weekend.”

“All this closure has done is push a generation of ravers into putting on illegal events in abandoned warehouses, derelict flats, farms, fields and parks across the City,” continued Rob. “Any vacant space you can think of will be occupied with a very, very, very loud sound system and hundreds of people on drugs. If the old bill thought Fabric couldn’t handle its drug problem very well, you wait until they need to employ ten thousand extra bodies to cope with the demand of closing down illegal raves.”

Wunderground asked local raver Millie Dalston about her views on the rave scene, “I’m looking forward to a new era of illegal raves around the M25,” said a very excitable Mille. “Of course Fabric being closed is extremely sad but we’ve all seen the documentaries about rave culture in the eighties and nineties and I simply cannot wait to get that phone call at ten p.m on Saturday night telling me where I need to go. We have so many options this weekend, London will be one ginormous rave zone and I can’t wait to be apart of it.”