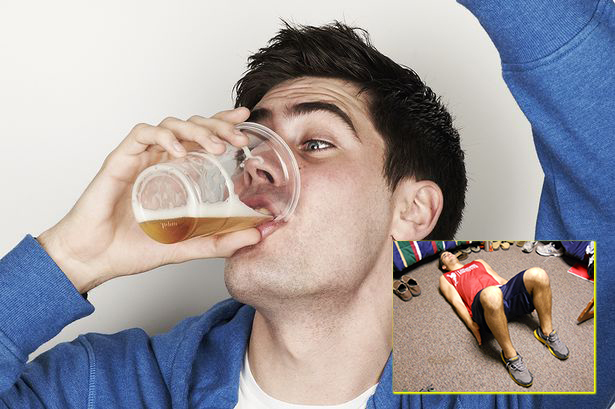 A thirty-five-year-old Irish man has finally given up on his dream of having a six-pack and instead decided to devote his time to making a beer belly he can “be proud of”.

Paul O’Reilly, a Dublin based bus driver, claimed that he was close to having a six-pack at one point in his twenties but has since watched his dream body deteriorate into something resembling a “sack full of deflated footballs”.

“I was no Peter Andre, but there was one point about twelve or thirteen years ago where if I really tensed, or had a fit of coughing, you could just about make out the outline of my abs,” O’Reilly told Wunderground earlier. “It’s all been downhill from there, if I’m being honest the whole six pack dream probably ended about ten years ago.”

“I had been clinging onto the hope of maybe one day getting my shit together and crunching myself to a washboard stomach but I just couldn’t find the time to do it, I’m far too busy sitting around being a lazy cunt for that,” he continued. “I’m not sad to admit the dream’s over, it’s actually quite a relief if I’m being honest.”

“It’s like a large weight has been lifted from my shoulders, and placed firmly onto my midriff,” explained the Irishman. “Now, it’s time for me to set myself a new, more achievable challenge, so I’m officially swapping my six-pack for an eight-pack and I’m going to focus my energy on sculpting a beer belly that any middle-aged man would be proud to call his own.”

According to Mr O’Reilly’s wife, the closest her husband ever came to having a six pack was when he picked her and her sister in law up from a Chippendales show in 2003.

“Him, a six-pack, you have to be fucking joking me,” she scoffed earlier. “That’s like me claiming I almost had a pair of Pamela Anderson tits when I’m actually flatter than an ironing board, the bleeding dog has better abs than he does.”