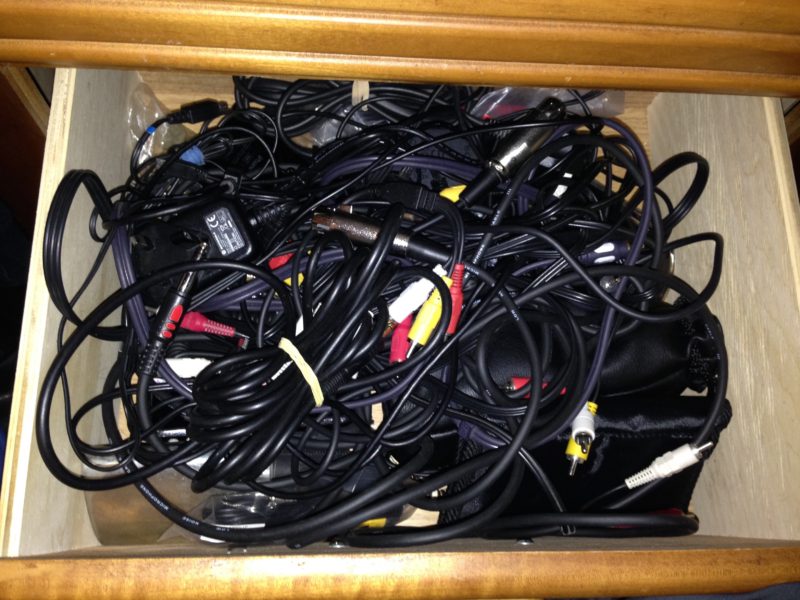 Spinnin’ Records To Buy Thousands Of Detained Children From America

The latest research has revealed that DJs are likely to amass a collection of over ten thousand nondescript cables in a drawer over the course of their career.

The phenomenon, known as “being a DJ”, can be observed in DJs all over the world and has become a lot more widespread in recent years as “every cunt and his uncle” is now a DJ.

Wunderground spoke to Jacques Chabell, the world’s leading expert in cable collection, yesterday afternoon, “Collecting cables certainly isn’t exclusive to DJs,” he told us, “but they definitely take it to the next level.”

“An average person will probably gather a collection of somewhere between thirty and sixty nondescript cables throughout the course of their lives,” continued Chabell. “Whereas DJs, who have a lot more access to cables, will easily find themselves in possession of at least ten thousand cables by the end of their career.”

“Naturally, these cables will go in a drawer,” explained the expert, ”In some cases, it could take a whole chest of drawers, or if a DJ reaches the very top of the game, it could take an entire room or even an entire building to store them. Apparently, Richie Hawtin has a 150K square foot warehouse in Japan filled with nothing but cables. What a man.”

According to Billy James, an up and coming DJ from Preston, England, cables are a vital part of A DJ’s life and are about far more than just passing current or signals from one device to another.

“Some people look at cables and see some sort of conductive material wrapped in an insulated coating,” Billy told us. “Not me, I see a piece of art. Would you throw a piece of art in the bin? Of course you wouldn’t, that’s why I, or any other DJ, would never, ever throw a cable out.”

“Plus, you never know when a particular cable might come in handy, even if you haven’t got a fucking clue what it came with or what it does.”

If you feel like you are amassing a bigger than average collection of cables, you may be a DJ and should probably go and buy some decks straight away.