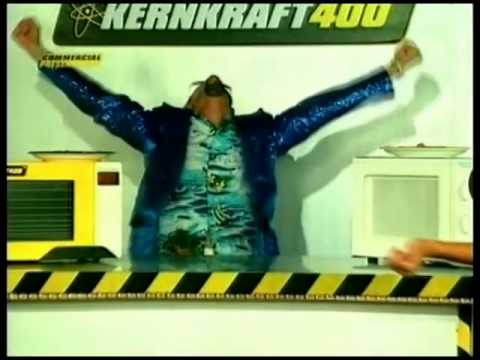 A recent survey has revealed that the nine out of ten idiots still think the song Kernkraft 400 is actually called Zombie Nation.

This common misconception has been happening constantly for the last twenty years, since Zombie Nation, the recording artist, released the single in 1999.

We caught up with Florian Senfter, the man behind Zombie Nation, earlier today, “This year marks the twentieth anniversary of Kernkraft 400 and I really feel like it’s time to finally set the record straight about the name of the song,” he told us. “It’s easily one of the biggest tracks of the last twenty years so it’s only fair to address this issue once and for all.”

“If I could do the whole thing all over again and change the name of the track to Zombie Nation, I one hundred percent would but unfortunately I’m a Zombie, not a time traveler, so until someone slips in the shower and invents a time machine, I’m pretty much powerless to do anything about it.”

“After twenty years, I’ve even started to doubt whether I even know what the actual name of the track is,” he said with a worried look in his eye. “Like, every so often, I just get this idea in my head that the track was called Zombie Nation and eventually I’ll have to dig out my platinum disc and have a look at the name of the track just to prove to myself that I’m not going mental.”

According to Wunderground sources on the street, most idiots who have been calling Kernkraft 400 “Zombie Nation” for the last twenty years will flat out refuse to call it anything else, with most claiming they couldn’t give a “rat’s arse” what it’s actually called.

One local idiot even claimed he will bring it all the way to government if he has to, Wunderground spoke to him earlier, “As if I’m going to start calling it ‘Kernkraft 400’ now,” he said angrily. “It’s called Zombie-bloody-Nation and that’s just how it is.”

“Can you imagine how daft I’d sound shouting ‘play Kernkraft 400’ in the middle of a nightclub? Have a look at yourself mate. I don’t care, I’ll start a petition and take it all the way to Westminster if I have to.”