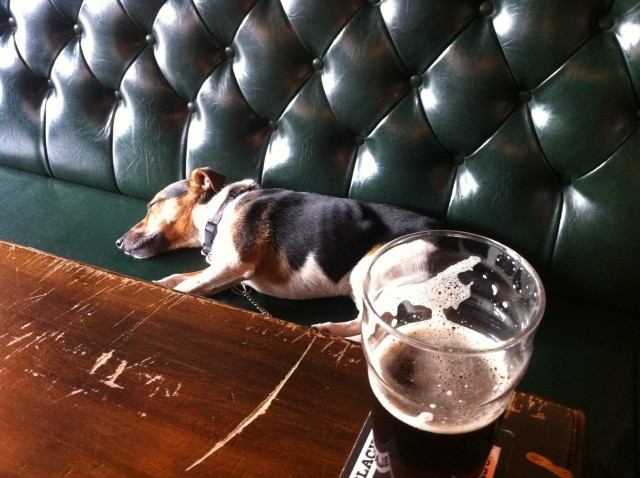 A man who recently bought a dog for companionship has admitted that he made a mistake after realising the dog was a “shit drinking buddy”.

Peter Morris, a painter decorator, claims he was left “bitterly disappointed” after coming to the conclusion that the term “man’s best friend” was not meant to be taken literally.

“Man’s best friend? You’re having a fucking giraffe mate,” an angry Morris told Wunderground earlier. “I honestly thought that this little bitch was going to perfect for me, like a mixture between one of the lads and a wife, only the dog wouldn’t answer you back or make you watch Strictly instead of football.”

“I should have known it was too good to be poxy true,” admitted Morris. “I got so caught up in how amazing it sounded that I didn’t take a moment to actually think about t. I mean, it’s a fucking dog. How the fuck is it going to be your best mate? It can’t even speak to you.”

“The first time I brought her down the pub with me I was expected a great laugh but she just sat there and said nothing, then she sniffed the barman’s bollox and pissed on the carpet, I may as well have been on a Tinder date.” continued the man. “I don’t know what you think, but to that’s about as far from man’s best friend as you can get.”

“Don’t get me wrong, it’s alright when it’s not ruining my gaff, shitting in my garden or waking me up in the middle of the night, I just can’t help but feel I was sold a bit of a lie.”

Wunderground also contacted Shearer, Mr Morris’s dog, for comment, however, she was unavailable on account of being a dog.