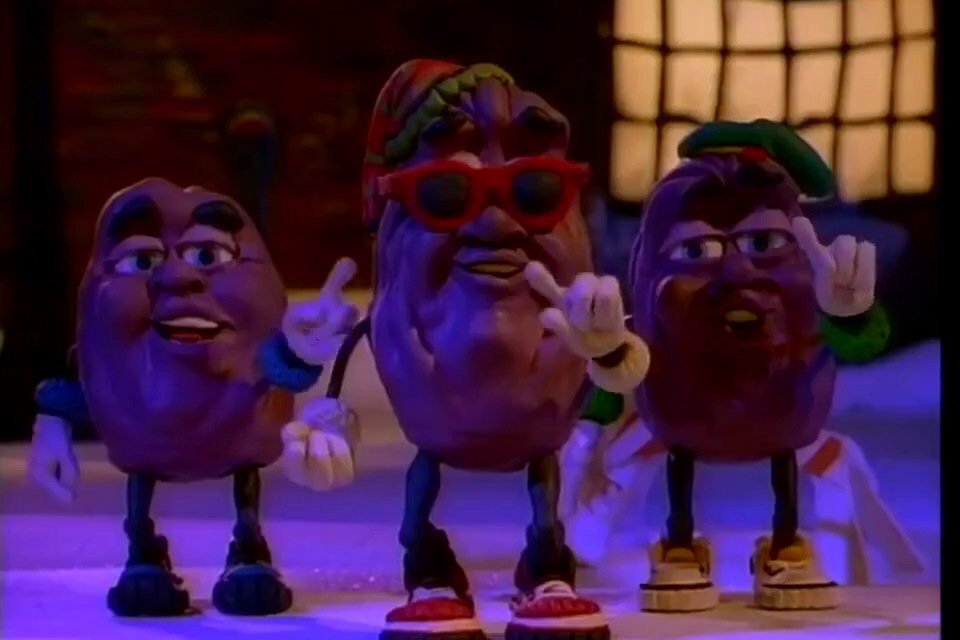 The California Raisins have announced that they are set to relaunch themselves as a DJ collective and embark on tour later this year.

According to reports, the four piece have rediscovered their form as a “future tech” collective and will relaunch as RAISINS in early April.

Wunderground spoke to A.C., The California Raisins frontman, earlier, “Myself and the boys have just been chilling out getting all sundried for the last years so we’re all very excited to get out on the road and go touring again. We’ve had a lot of time to develop a new sound and we’re really happy with what we’re currently making, we’re sure the kids are going to love it too.”

Having enjoyed some real success in the early to mid nineties, The California Raisins were cast into controversy after their bass player, Stretch, claimed that all humans looked alike.

However, it appears that time has healed all wounds with seemingly few people remembering anything about the group’s racism scandal.

Wunderground spoke to James Allen, a twenty two year old music fan, today, “I had no idea The California Raisins were racist,” he told us. “Although, I had absolutely no idea who they even were before you just asked me so I really don’t know anything about them at all, apart from the fact they’re raisins and they’re from California.”

“They’re funny looking little fellas though aren’t they?” Allen continued. “They look like a cross between a really old bloke and a grape, I’d defo go to see them if they were playing near me, racist or not.”

Reports suggest that RAISINS have signed a six-figure recording deal with Spinnin’ Records, which will see them release exclusively on the Dutch label until 2025, at which point they are likely to have shriveled to the size of the average male MDMA user’s penis.