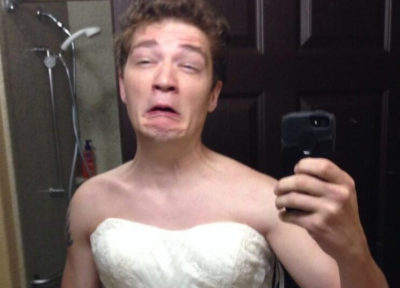 Bedroom DJ Positive This Year Is His Year

An afterparty taking place in a local man’s house was officially been declared “weird”, after a series of incidents left attendees uncomfortable and fighting for their enjoyment.

Local man Max Harold was attending a rave with a group of friends before the incidents took place, “The fuzz shut it down early,” claimed Sean Delaney, a close friend of Max. “It was 5 am, we were still buzzing and had no where to go. I glanced at Max and he was licking the window of a parked car while angrily tugging his flaccid penis, so I got the impression he was still up for a party.”

Inviting the gang back to Max’s house without his consent, it is reported that approximately forty seven people arrived at the two bedroom flat at about 5.40am.

“It started off quite cool,” reported another attendee. “The tunes were pumping, everyone was having a good time. People were giving ends of their rollies to each other and I even saw a stranger give someone a can. Everyone was on good form. But then the night took a sinister turn.”

Reports claim that at about 6.15am, the after party began to shift from friendly to freakish, as a middle aged Scandinavian man who nobody seemed to know, re-appeared from Max’s parents bedroom, wearing his mothers wedding dress and veil. Claiming he “looked like Kate Middleton on her wedding day”, the forty-six year old then continued to urinate into a pint glass, and began to drink it, much to the disgust of all who were there.

“It just got weird then,” says another attendee. “We were all having a great time, than this fucking freak ruined the vibe. No one was in to it. He kept chanting ‘Down It’ hoping we’d all join in. But nobody did. We just blankly stared at him. The same kind of stare of disgust that your dog gives you when it catches you having a wank.”

Shouting “The power of Christ compels you” before dipping his fingers in the pint of piss, and splashing it on nearby attendees, the unidentified man commenced to down the pint.

With most people leaving horrified, a young couple said, “What really drew the final straw for us was when we caught a guy having a shite in the kettle. That’s when we knew the party had reached new levels of low.”

Although beginning with good intentions, the after-party was quickly evacuated after officially being declared “weirder than watching The Human Centipede trilogy with your parents and eight year old cousin.”