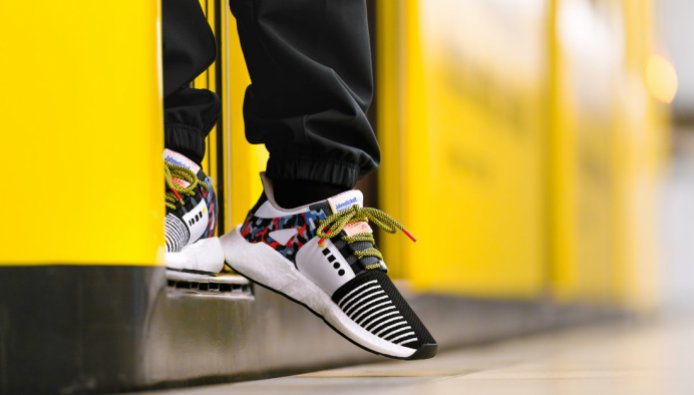 Berlin drug dealers are now reportedly accepting Adidas trainers in place of cash as payment for their products.

Following the hugely successful launch of the EQT Support 93/Berlin trainer, which doubles up as both a shoe and a travel pass for Berlin’s transport system, the city’s industrious dealers have followed suit and will now accept adidas trainers, as long as they “are new-ish and odour free”.

“Here in Berlin, we’re trying to implement a completely cash free environment,” explained Michael Müller, Mayor of Berlin. “The travel pass trainers have been a massive step in the right direction for us and we’re delighted to see the local drug dealers getting on board with the idea and taking non-cash payments.”

Street dealer Klaus “Die Katze” Strauss also spoke to Wunderground, “I’ve been experimenting with all types of payment methods over the last twelve to eighteen months,” he told us. “Cash is such a pain in my schnitzel, it clogs up my pockets, makes my hands dirty and it’s just another thing for the cops to catch me with, if I had my way, there’d be no cash in this game whatsoever.”

“After seeing the success of the railway shoes, it really opened my eyes to the many different possibilities there are,” continued Die Katze. “I absolutely love trainers, I wear them everyday and spend quite a large percentage of the money I make on them. So why not cut the middle man out altogether and accept them as payment.”

“I have two rules, they must have been bought within three months, I always ask for a receipt, and they must not smell of shit,” explained the dealer, who specialises in grams of speed and weed. “At a push, I’ll also take tracksuit bottoms too, but they’d probably have to be some sort of limited edition release, none of your regular bullshit.”

According to reports, one dealer has been kicked our of the Berlin Drug Dealers Circle of Trust after accepting a pair of “foreign Nike Air Max” as payment on a gram of coke.