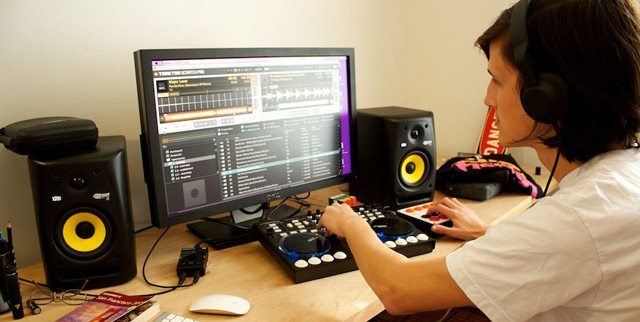 Vegans Warned Not To Bring Iceberg Lettuce On Party Cruise

A Dublin based bedroom DJ has released a statement via his Facebook and Twitter, insisting that he’s “positive this year will be his year”.

Shane Dust, more commonly known as DJ Dusty Dick, is a twenty-one year old aspiring DJ hailing from the Irish capital. After a series of failed gigs over the past number of years, ranging from playing behind the bar of a local dive pub, in which eight murders have happened, to a poor performance in a relatively well known nightclub, which was granted due to Shane’s immense online dick sucking skills, the DJ is now ready to focus and “achieve worldwide fame over the next twelve months”.

Taking to social media and sharing a photo of a sold out local venue, the bedroom DJ declared, “This year will be my year. This will be me by the end of 2018. No more playing the decks in my kitchen at 9 am on a Saturday, and telling my mates I was playing a rave. The days of sending mixes consisting solely of the Beatport Tech House Top 20 to local promoters is behind me. This is a new era. The dawn of DJ Dusty Dick 2.0.”

Despite Mr Dust boosting his post, the Facebook status aroused very little attention and received only three Likes and a Laugh reaction.

“Ahh that’s just Shane being Shane,” said one of the DJ’s close friends. “He bought himself a second hand midi controller a few years ago and has a poster of Patrick Topping topless in his room. He has a lot of learning difficulties and had to wear a helmet to bed up until he was eleven so, ye know, we just kind of let him away with it.”