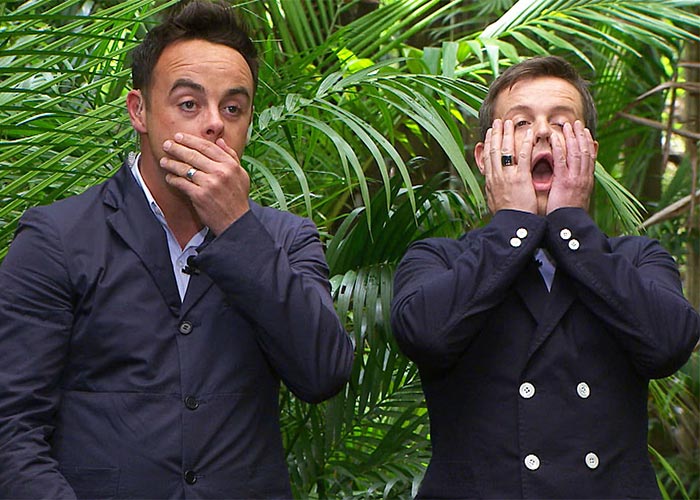 The accusations came after daytime TV host, and recovering crack addict, Philip Schofield claimed that “the only thing getting taken away on a Saturday night was a large bag of crack cocaine”.

Wunderground caught up with the whistleblower earlier, “Saturday nights around Ant and Decs show were really wild, I’m not talking regular wild, I’m talking George Michael in a safari park blowing petrol up Elton John’s arse and then trying to light his farts wild, that whole show is completely out of control.”

“I never even appeared on the show once but I was there every Saturday night for about four years straight,” revealed Schofield, who was recently cleared of any wrong doing after being accused of sexual assault by former co-host and puppet Gordon the Gopher. “Most of the ITV presenters hung out there on Saturday nights, I once saw Dale Winton sniff so much ket that he thought he was hamster, he had to be physically restrained from trying to climb up Dermot O’Leary’s arse after O’Leary passed out from drinking rubbing alcohol. The whole thing was a time bomb waiting to explode.”

“I only let the cat out of the bag because Ant and Dec are my friends, that and because they never paid me a hundred quid for a big rock I got them last year,” continued Scofield, who claims that smoking crack turned his hair white. “Hopefully now they’ll be able to get the help they need.”

Ant & Dec have so far refused to comment on the issue, although, sources close to the pair have revealed that the duo have admitted their mistake and are currently about to check into rehab, where they will begin filming their latest reality TV show I’m A Drug Addict Get Me Out Of Here.