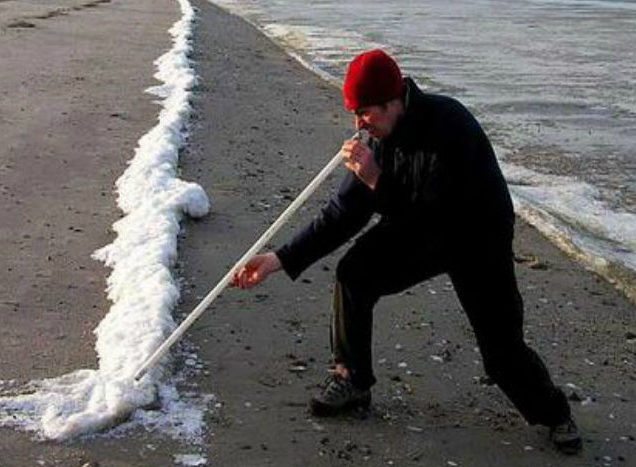 An Englishman has set a new world record by snorting a line of cocaine that was just over one thousand two hundred meters long.

Peter Snout, know in his local community as a “minging chav”, smashed the previous record of eight hundred meters, set by Henry “The Hoover” Marshall in San Antonio, Ibiza, earlier this year.

“I’m very fucking proud of myself,” claimed Snout shortly after his impressive achievement. “For a little while, about half way through, I thought I wasn’t going to be able to do it, I hit the wall big time, but thankfully the adrenaline, and the little bit of cocaine that was actually in the coke I was snorting, kicked in and I managed to get through it.”

According to Mr Snout, the hardest part of breaking the record was perfecting circular breathing, the art of breathing in and out at the same time.

“I heard that people who play instruments that you have to blow into are able to blow in and out at the same time,” explained the record breaker. “I knew if I could master that I’d be able to break the record. The only problem was I don’t play any puffy instruments so I had to learn to how do it with spliffs. Once I’d managed to smoke a twelve skinner in one go I knew I was gonna be able to smash that record, and I did.”

“Who knows what I can achieve after this?” continued Snout proudly. “An MDMA marathon, climbing mountains on ket, dealing or even prison? The world is my oyster and I’ve got an Oyster Card but, for now, I’m just going to enjoy the moment and try to concentrate on getting the feeling back in my face and not having a heart attack for the next couple of week.”

According to sources within Guinness, the world’s leading authority on world records, Mr Snout could be stripped of his world record after a number of doping allegations were made against the Englishman.