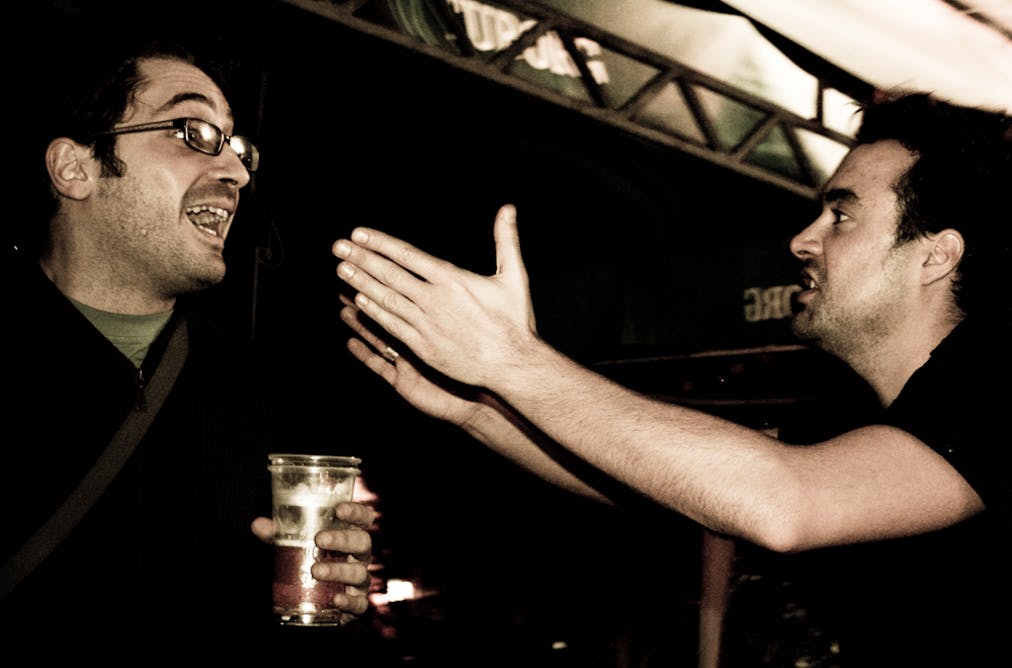 An argument about what is and isn’t techno has now entered its third month and shows no sign of slowing down anytime soon, it has emerged.

According to experts, the argument, which originated in a Facebook group, has “spread quicker than wildfire” and is now blazing in over fifty countries all over the world.

“It all started off when some bloke claimed that a tune was techno and then some other bloke claimed that it wasn’t,” explained twenty one year old Mark Davis, who has been tracking the argument since its very first day. “At first, it was quite light hearted and people were being pretty respectful of each other’s opinion.”

“But that all went out the window after about fifteen minutes,” continued Davis. “By that stage it had changed to personal insults and threats. It was all very messy and once it started to go international we knew that this argument was bigger than a simple Facebook group and techno no longer really mattered.”

Sources within the internet have confirmed that a number of the world’s superpowers have now aligned themselves with either side of the argument and are at loggerheads about how to resolve the matter.

“We’ve been seeing a lot of ‘TECHNO’ flags flying in Palestine and simultaneously an equal amount of ‘NOT TECHNO’ flags appearing all over Israel,” claimed one onlooker. “While China has made it very clear that they don’t think it’s techno, which goes against what Kim Jong-un in North Korea thinks, who believes it definitely is techno.”

So far, Britain and Russian have yet to declare what side of the fence they’re on, however, the Americans have given us all a good laugh by claiming it’s actually EDM, reaffirming the fact they are a little bit clueless when it comes to dance music.