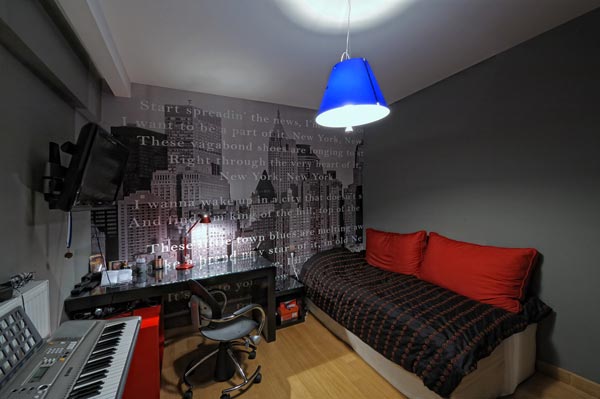 An up and coming bedroom producer has decided to take her career to the next level by moving her bed into a studio.

Matina Glover, a.k.a. Fit Like a Glover, believes the move will propel her to the very top of the tech house industry, a feat which would normally involve the hiring of a ghost producer.

“I really feel like I’m ready to take the next step in my journey,” Glover told Wunderground earlier. “It’s like I’ve got nearly all of the pieces needed to make a career in this industry, but I’m like a big jigsaw and they’re just one little piece missing. I’m hoping that moving my bed into the studio will be the final piece to the puzzle.”

“I’ll always be a bedroom producer but hopefully the further I go the bigger and more luxurious my bedroom will be,” she continued. “The dream is too someday live in an open plan loft apartment, with everything I need right there but, for now, I’m more than happy to live and sleep in a makeshift recording studio with a bed in it.”

“I’ll have plenty of time to work on my sound,” she said happily. “I want it to be totally ronky-tonk but every time I add more ronky it takes away from the tonk and vice versa, there’s a fine line between having a balanced ronky-tonk and being overly tonk or ronky, but that’s just tech house, I guess.”

According to Deadmau5, who still lives and produces music in a single bedroom in his mother’s house in Niagara Falls, Canada, moving away from her bedroom could be a make or break moment for Fit Like a Glover.

“It’s a big risk,” Deadmau5, real name Joel Zimmermann, told Wunderground. “Taking yourself out of your comfort zone can go either way, it’ll either send her into the stratosphere or put her on the scrapheap, I really hope it goes well for her.”

“Look at my career for example, the stuff I made at the very beginning, in my bedroom, was awesome,” claimed the Canadian. “Then, I made some money and moved into a big fancy studio and everything I made tuned shit for the next ten years, it’s only now that I’ve moved back into my mom’s house that I’m starting to find my sound again.”