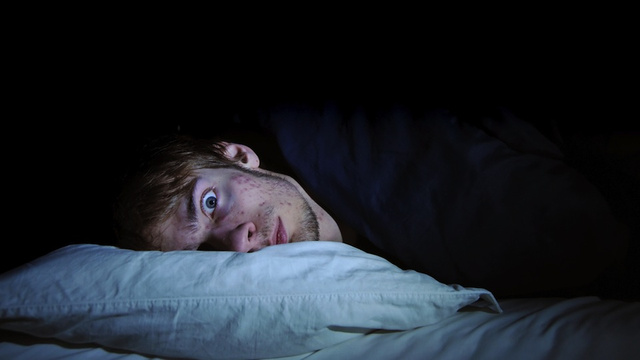 Responsible raver Johnathan Niewinski has reportedly left a local nightclub well before midnight, to get a full night’s worth of anxiously tossing around in his bed.

“I’ve got work early tomorrow morning,” the twenty-three-year-old IT specialist told Wunderground. “I really need a couple of extra hours squirming fitfully, half covered under a single bedsheet, unable to determine if I’m too hot or too cold.”

“I like to go out, but I also want to be a productive member of society,” Niewinski explained to Wunderground back at his flat, optimistically setting an alarm he’ll almost certainly have no use for when he’s still wide awake the next morning. “If I don’t get at least eight solid hours of staring up at my ceiling, I’d just be rubbish at work tomorrow.”

“My friends don’t understand it, they’d rather stay up all night,” Niewinski said as he gulped down his first of the eleven glasses of water he’s set to drink throughout the night in an attempt to purge his system of stimulants. “Sure, it’d be fun to have a couple more hours at the club, but it really is just healthier to spend that time furious at myself for, yet again, thinking I’d be able to sleep after a night of partying.”

Wunderground reached out to Niewinski’s pals for comment, they were all truly concerned by his behavior, “We know he’s just going to be miserable all night, so we tried to talk him out of leaving early,” said one of Niewinski’s oldest friends. “But then, he offered us the rest of his bag so we took it to be supportive of his healthy lifestyle. That’s what good friends are for, after all.”

Wunderground also approached Niewinski’s co-workers the next day, “Oh Jonathan came in with a stuffed up nose and completely bloodshot eyes, I’m not sure what that guy got into, but he’s either had a wild night out or he’s suffocated with the flu, either way, he was about as much use in here as a paper hat in a rainstorm.”