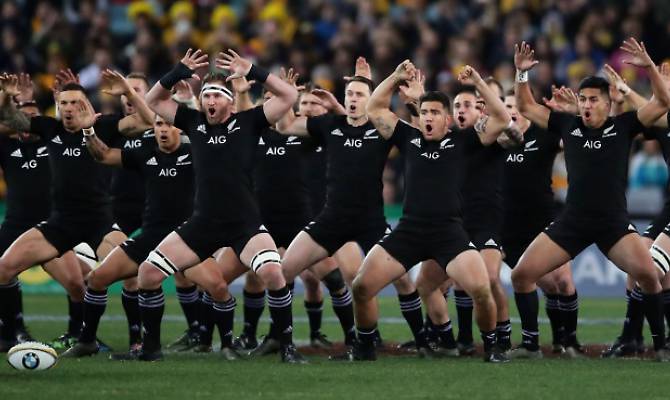 Vegan Woman Now Only Eats Vegetables That Have Signed Waiver

The New Zealand national rugby team, also known as the All Blacks, have announced that they will be offering their services as a rent a crowd in order to help develop the country’s techno scene.

According to Sonny Bill Williams, not to be confused with a tech-house DJ despite his tribal tattoos, the All Blacks regularly listen to techno sets during match preparation.

“We love a bit of techno,” Sonny Bill told us. “It really helps get us in the mood for our big test matches. It’s kind of aggressive, powerful, intimidating and dark so it’s pretty much the perfect music for the All Blacks, us listening to techno would be the equivalent of the English national team listening to Justin Bieber.”

“We really want to see more techno gigs and festivals in New Zealand,” he continued in his hilarious accent. “The only problem is; there isn’t currently a whole lot of demand for techno in New Zealand, we’re simple folk over here, we like playing rugby and farming sheep, music just seems a bit of a waste of time for a lot of people here, particularly those hicks down on the South Island.”

“We’re trying to change that, us players have obviously been to Europe and experienced music properly and we want the rest of our people to experience that too,” continued the World Cup winner. “So we’re working with some big techno brands and hoping they’ll come and set up some festivals on the islands.”

“If they’re struggling to sell tickets we’ll offer our services, free of charge, as a rent a crowd,” added Williams. “If we come in our gear we’ll look the part and we’re all really good dancers from doing the Haka so nobody will be able to tell the difference.”