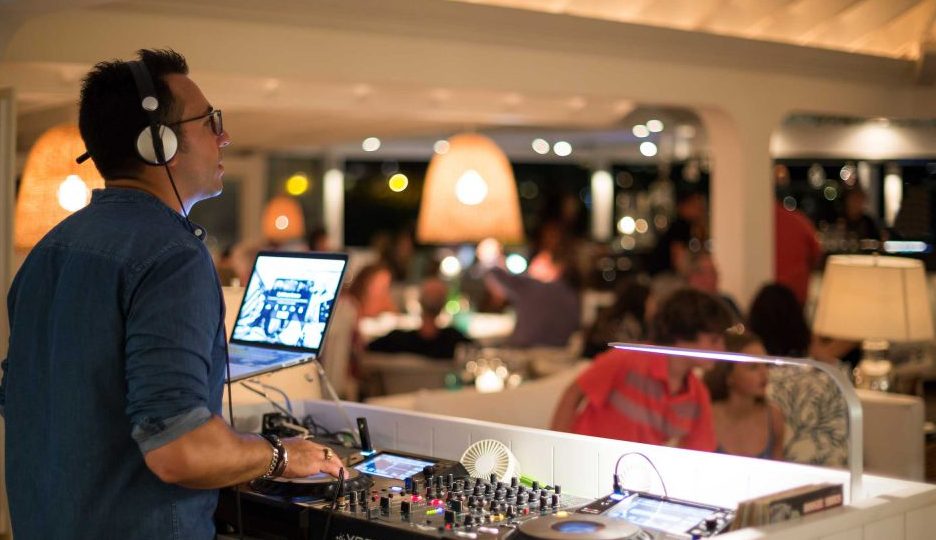 A bloke who is paid to play music in a restaurant while people eat is under the illusion that people are actually listening to him.

Alan Lafferty, a self-titled “tune technician”, believes that the restaurant he works in would be empty were it not for his “ultra-modern and super sophisticated” tune selection.

“I don’t really see myself as a DJ,” Lafferty explained earlier. “That just seems so corporate and square. I’m more of a tune technician or a dream weaver, I provide the people with a soundtrack for their food and I like to think that I play a pretty big part in their whole dining experience.”

“Honestly, I’ve had people come up to me and tell me that they’ve never tasted food like they have while I’m playing tunes,” continued the overly confident human MP3 player. “There was this one guy tonight who was having a steak, I saw it was cooked blue so I banged on Eifel 65 Blue (Da Ba Dee), if that’s not a fully rounded dining experience, I don’t know what is.”

Wunderground also spoke to the man who ordered the blue steak to get his opinion of Lafferty’s track selection.

“Oh really, there was a DJ playing, I hadn’t noticed,” claimed the man who had just finished his dinner. “I thought it was just some random playlist, I find it hard to believe that someone would actually play that Blue Da Ba Dee shite while people are trying to eat their dinner, it really brought the tone of the place down if I’m being honest and cost the waiter a couple of percent on their tip.”

Another diner claimed that he thought there was “one of those annoying Mariachi bands or something” playing in the restaurant.

“Surely that wasn’t a DJ,” he said dismissively. “Jesus, I’ve heard a few train wrecks over the years but that was like two nuclear bullet trains having a head-on collision. Honestly, if that was a DJ, I’m the Pope and I’m not even Catholic.”