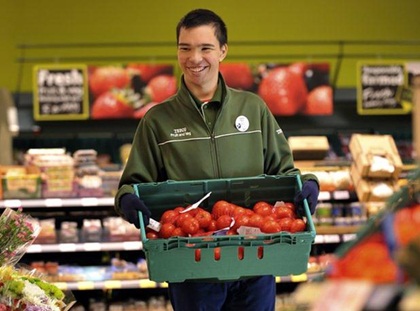 A full-time music producer has admitted that he is also working somewhere in the region of forty hours per week in Tesco to help subsidise his modest lifestyle.

Raymond Parks, aka Parks & Ray Creation, claims that while he may seem like a full-time employee of the supermarket chain, he predominantly sees himself as a producer first and shelf stacker second.

“I’m definitely a full-time producer, just look at my LinkedIn profile, it says it right there,” Parks told Wunderground earlier. “To be honest with you, I only do the job in Tesco because I get on so well with all the people that work there, it’s a labour of love, that and for the money, like.”

“Being, a producer isn’t cheap you know,” he continued. “I’ve to pay for the internet so I can download cracked versions of everything, then I’ve to give my mum rent and I’ve to go out and listen to tunes every weekend. You know? To keep my fingers on the pulse and stay relevant.”

“I’ve had a few tracks signed now and the money’s not great,” revealed Parks. “I got my first royalties cheque in the post a couple of weeks ago, it was for 21p. I haven’t even cashed it yet because the bus fare into town to go to the bank is a pound so there doesn’t really seem like any point.”

“I’ll be honest, when I saw how much I made, I did seriously question every major life choice I’ve made up until this point,” admitted the producer. “But, if anything, it made me want to be a producer even more. I’m just going to keep plugging away until I get my big break, if Solardo can make it, then so can I.”