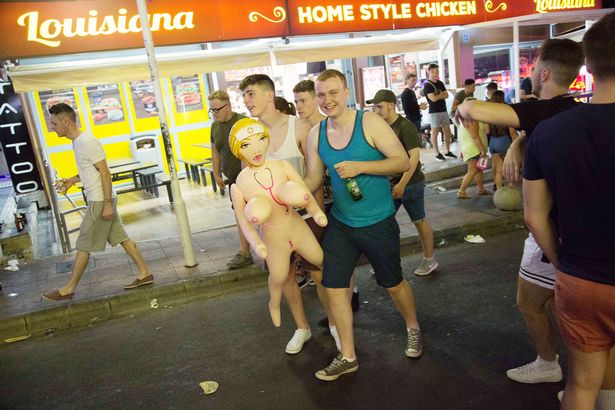 A young man has today revealed that he once managed to go an entire week in Ibiza without once changing his boxer shorts.

Darren McGrath, twenty-three, claims the unhygienic event happened during a trip to the White Isle at the tail end of last September.

”I’ve told some people about not changing my boxers for an entire week and they’ve totally taken it the wrong way,” Darren explained earlier. “Weirdly, they thought it was a bit disgusting but I’m actually quite proud of it and definitely think it’s one of my biggest achievements in 2018.”

“I wasn’t just being a scrote,” he continued. “I was pretty much out for the entire week, if I’d been sitting around an apartment with nothing to do, I’d definitely have showered and had a proper change but I just didn’t have the time, I was constantly moving, going from clubs to afters to bars and I just didn’t have a minute to myself.”

“But it weren’t like I was stinking or anything, I did go, fully dressed, into a number of pools and the sea on way more than one occasion so I may not have washed, but I definitely bathed,” he reassured. “I’m not a total scruff. I also had at least one clean pair of shorts on and two fresh t-shirts over the course of the week.”

“To be honest with you, the lack of laundry I had to do when I got home saved me so much time that I was fully recovered and able to go back to work after just eight days, revealed McGrath. “That’s the quickest recovery I’ve ever had from a week in Ibiza so I’ll probably be doing the same thing when I go back this year.”

“In fact, I might not even bring a bag with me or bother getting any accommodation. What’s the point? I’ll just arrive, go out out and then come home seven days later.”

According to McGrath’s Dad, Jim, he will never be collecting his son from the airport following a trip to Ibiza again, after it took more than a week to get the smell out of the car the last time.