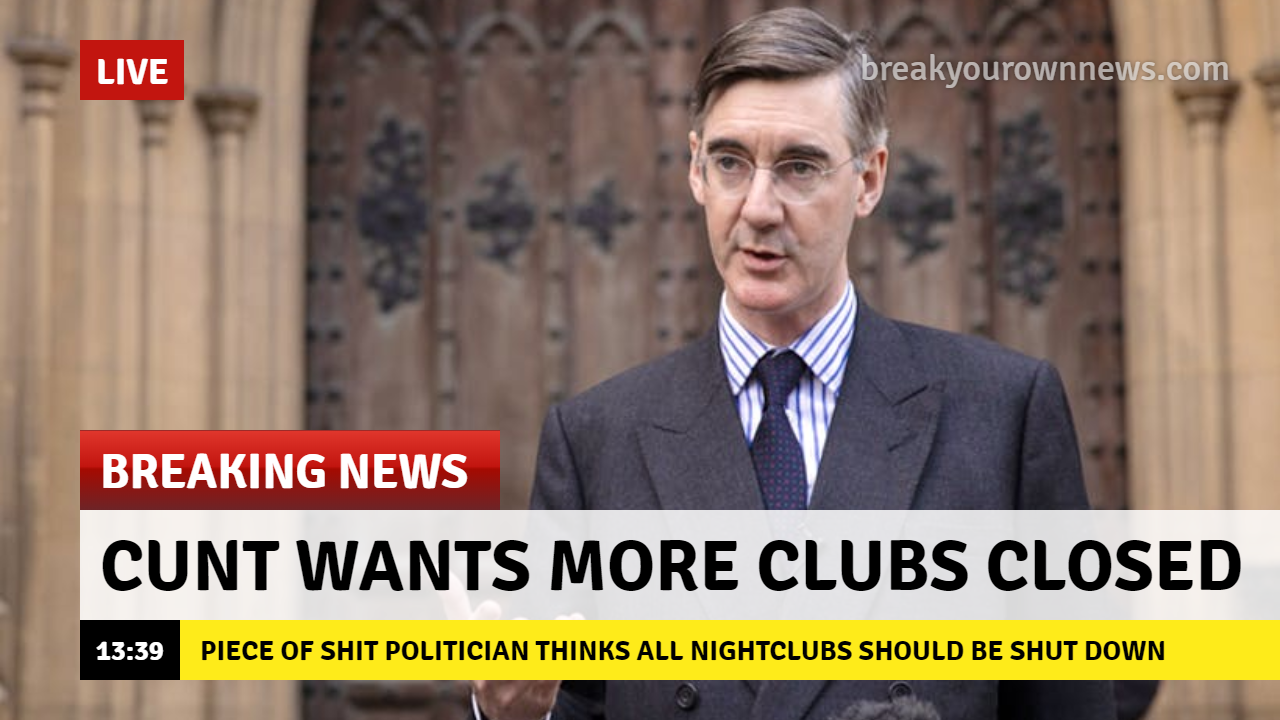 A cunt politician is reportedly worried that not enough is being done to ensure that nightclubs continue to close up and down the country.

The politician, who can not be named because he is too much of a cunt, believes that nightclubs are a “breeding place for working class scum” and encourage “creativity amongst the serfs”.

“I’ve never actually been inside one of these public nightclubs but I’ve heard stories about them and I imagine they are awful, awful places,” the politician claimed recently. “I spent my formative years hanging around secret societies and gentlemen’s clubs, which were full of harmless fun, like mild beasteality, light sodomy and the occasional soggy biscuit tournament.”

“These so called ‘clubs’ are a different story all together, I really don’t know why they even call them clubs when you don’t have to be rich, or even a member, to get into them,” continued the cunt politician, who was way more of a cunt in real life than we expected. “We should be doing everything we can to make sure these hell holes continue to close.”

“What we don’t need is our young, able bodied workforce going out all weekend and showing up exhausted on Monday mornings,” he claimed. “Instead of encouraging social events, we should be encouraging a seven day work week, removing the minimum wage and lowering the legal working age to twelve. If we do that, people simply won’t have time to be worried about going out.”

James Ashbury, an avid clubber, claimed the politician’s claims were “pathetic” and “cunt like”.

“What the fuck is that cretin talking about?” scoffed Ashbury. “If anything, the likes of him should be encouraging nightclubs, at least that way we’ll have a little distraction from the absolute mess they’re making of running the country. If they close any more clubs, we might actually get so bored that we get up off our arses and try to change things, which, let’s be honest, no one really wants.”