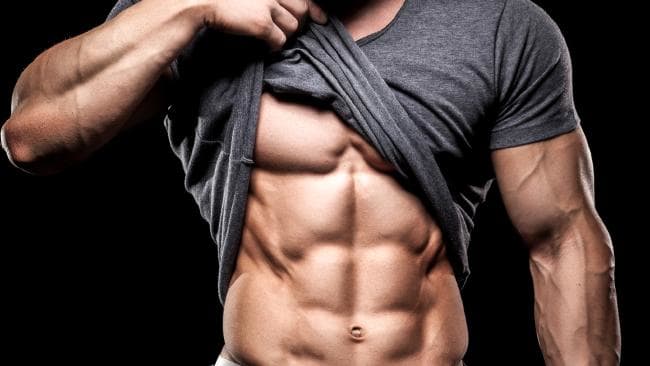 A boring cunt is believed to have spent approximately 1,500 Hours in the gym in the hope that big muscles will make up for his lack of personality.

Paul Watkins, a protein powder salesman, claims that he struggles to talk about anything other than “working out and supplements” but believes his muscles definitely make up for what his conversation lacks.

“When I’m talking to someone, I really like to know more about whatever it is we’re talking about than the person I’m talking to,” Paul told us today. “That way, I get to feel both physically and mentally superior to them. It’s a win-win situation, my ego gets massaged and they get to talk to a superior being, with a body chiseled from stone and a great insight into gains and the effects of lactic acid.”

“So, when it comes to conversations about things I’m not so well brushed up on, I tend to let my muscles do the talking, literally,” he continued. “Like, if someone was to come up to me and ask me about something like music, art or any other stupid shit, I’ll just give them a quick bicep curl as an answer.”

“Or if I’m in the pub and someone sparks up a conversation about politics, I’ll just make my pecs dance for fifteen seconds and change the topic to something interesting, like vegan-friendly protein powder,” claimed the muscle-bound moron. “I’ve been doing it for years and it works just fine for me, you wouldn’t believe the number of people I’ve left totally speechless with the smallest flex.”

Alan Davison, who was unlucky enough to get stuck in a conversation with Watkins last year, claimed that chatting to the fitness fanatic was “the worst experience” of his life.

“Jesus, I’ve been trying my best to suppress that memory,” Davison told us. “It was horrible, like talking to some sort of giant man-baby who’d just discovered his own reflection. All muscle, no personality. I really hope I’ll never, ever cross paths with this guy again.”

Experts have confirmed that nothing, apart from money, is capable of successfully replacing a personality.