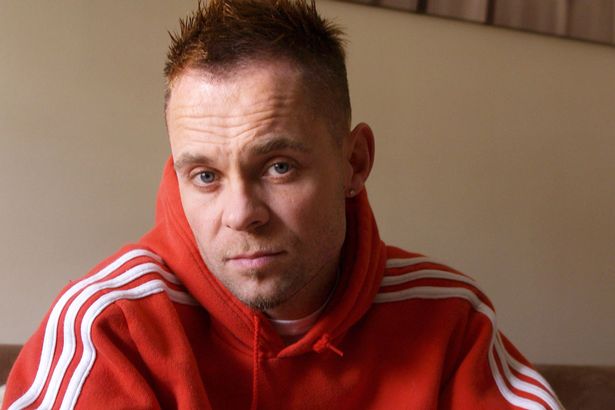 Former East 17 pill guzzler Brian Harvey has reportedly unfollowed himself on Facebook after realising he’s “a bit of a dick”.

Harvey, best known for looking like a human version of a pug, is believed to have hit the unfollow button early this morning after seeing a number of drunken posts he had made yesterday night.

“My whole life and career has been plagued by these incidents,” he admitted. “Like the time I said I took five thousand pills in one night, I actually only took five, the rest were tic tacs, I’ve no idea why I said that, I knew it wasn’t true and I knew people would think I was an idiot but I had to say it, I still remember the exact moment, it was like the words were coming out of my mouth in slow motion and Tony was looking at me like I’d just pissed in his mum’s teapot.”

“Then, there was the time I ran over myself in my own car,” continued Harvey sombrely. “How do you even do that? It’s practically impossible, I had to be inside and outside the car at the same time, if it wasn’t so incredibly fucking moronic you’d nearly say it was skillful. I almost killed myself too, it’s a bit of a cliche, but if I had brains I’d be fucking dangerous.”

“Now there’s this latest shit, it might seem pretty small scale compared to the rest of my blunders but, for me, it’s the straw that broke the camel’s back,” revealed the singer. “From now on I’m not putting up with any of my own shit. I’m having a zero Brian Harvey policy and I’ve started it by unfollowing myself on Facebook.”

According to reports, shortly after speaking to Wunderground, Mr Harvey was rushed to hospital after stabbing himself in the eye with an electric toothbrush, more on this as we get it.