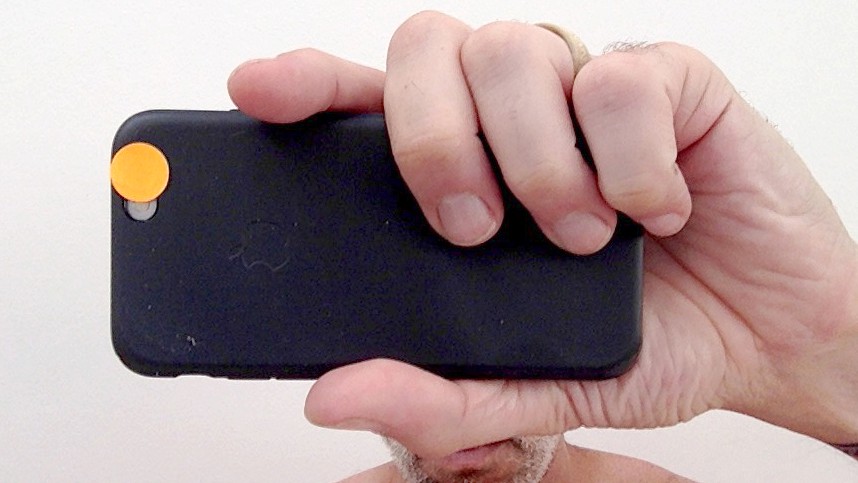 A criminal mastermind is believed to have discovered an ingenious way of taking the camera sticker off his phone while attending gigs with a “no cameras” policy.

Mark Daly, twenty one, claims to have “completely foiled the sticker technique” which has been preventing camera happy millennials from documenting their nights out when a no camera policy is in place.

“On one hand, it’s brilliant because there are literally no phones anywhere, but on the other hand, my Insta has been totally shit ever since they brought the no phones rule in, so I was totally conflicted, I had to figure out a way to beat the system.”

“When you’re in, they put these little tiny stickers over the lenses on your phone,” continued Mark. “They’re dead sticky so there’s not a hope of them coming off in your pocket or anything like that and there’s no way you’re camera will be able to take any pictures or videos with it on there because it can’t see anything, it’s actually a really clever system.”

“But, there’s one main weakness, the stickers aren’t permanent so I came up with a way of taking them off, I call it peeling,” explained Daly, who has been compared to other criminal masterminds like the Kray brothers and Antony Worrall Thompson. “I’d noticed that when I got home, I just peeled the sticker off, so I used this as a starting point and then did the exact same thing, only instead of being at home after the club, I did it while I was still in the club.”

“It worked perfectly too, I’ve been snapping pics and updating Instagram every time I’ve been in there since and no one has even copped me. I’ve even started to show other people how to beat the system, for a small price of course.”

According to event management, they are well aware of Mr Daly’s illegal photography, because he keeps tagging them in Instagram posts.

However, they have said they will not be pursuing Daly because the camera policy operates on a “trust basis” and there’s nothing they can do to “stop dickheads being dickheads”.