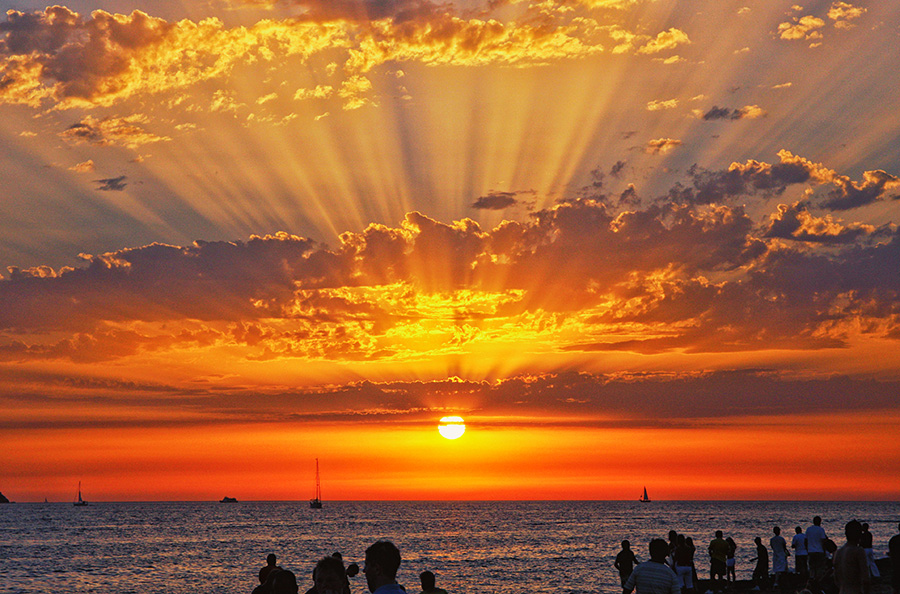 Croatia has taken one step closer to confirming its status as the “new Ibiza” after one of Pag Island’s most popular beach clubs confirmed they are now importing genuine Ibiza sunsets.

According to the club’s management, the introduction of a genuine Ibiza sunset every evening, running simultaneously with their own sunset, has led to the club experiencing their busiest ever start to a summer.

“These new genuine Ibiza sunsets are really special,” claimed the slightly shifty looking club manager. “People go absolutely mad for an Ibiza sunset and as soon as we started to advertise them we saw our table bookings go through the roof. Now, we’re pretty much booked out for the entire summer.”

“The truth is,” he said while looking over his shoulders to make sure no one was listening, “the sunsets here are the same as they are everywhere else on Pag Island, the Ibiza sunsets we have are actually just a cocktail I invented myself, it’s a pretty standard sunset cocktail, vodka, orange juice and grenadine, but to give it that genuine Ibiza buzz each one comes with a generous pinch of MDMA.”

“The best thing about the Ibiza sunset is once people have drank a few of them, they’ll believe practically anything,” he continued. “That’s how the whole sunset idea came about, I gave one bloke a couple of cocktails on the house, just to test them out, and then jokingly told him I’d imported the actual sunsets from Ibiza.”

“He totally swallowed it, along with another two or three cocktails, and before I knew it he was telling everyone about them. It just kind of took off from there. Word gets around here really quickly and the very next day I had people queueing up to come in and see the Ibiza sunset.”

Peter Morris, an Englishman who believes he saw an Ibiza sunset in Croatia, also spoke to Wunderground, “I don’t know how they’ve done it but those Ibiza sunsets are fucking unreal.”

“I was skeptical at first, but once you get down there, sip a few cocktails and watch the sun go down you can tell they’re the real deal, it’s just like being in Ibiza, the sun was even giving me these rushes like I was on drugs, I’ve never got that from nature before, that’s how you know they’re genuine.”