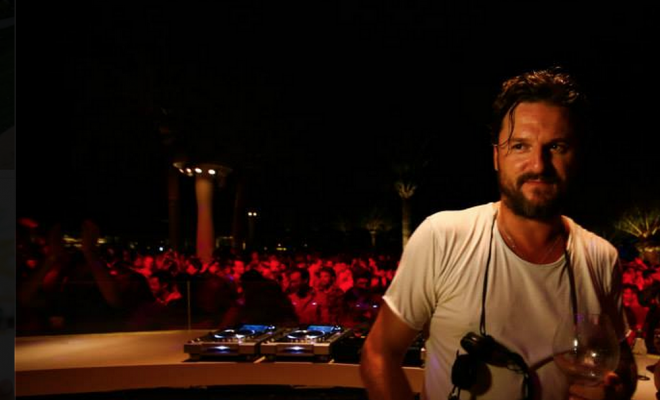 Diynamic label boss Solomun has reportedly canceled all of his upcoming shows after dislocating both of his wrists while practicing new dance moves.

According to witnesses, Solomun was attempting a “triple-barreled gun-finger 360 crossover” when the shocking accident happened.

“It was really bad,” claimed close friend H.O.S.H., “He was attempting one of the hardest hand-dance moves out there so there’s just no room for error when it comes to the execution, it looked like he hesitated for one second and that was it, his wrists totally collapsed, a bit like the German football team in this year’s World Cup.”

“He’s in quite a bad way but the doctors have told me he’ll make a good recovery.” he continued. “You don’t get to be as accomplished in the art of hand-dancing as Solomun without understanding the dangers that come with it so he knew the risks and he’s in good spirits now, I’m sure he’ll be back doing extended points and two finger rollie-pollies before too long.”

According to occupational therapist Klaus Schmidt, Solomun is in for a tough rehabilitation period following his accident.

“The road to recovery for Solomun is going to be a really long and hard one,” explained Schmidt. “And, for his sake, let’s hope that’s all that’s long and hard for him because his wanking days are over for at least six to eight months and even after that, he’ll be lucky to have fifty percent mobility in his wrists for the next year.”

Tech House DJ Running Out Of Places To Get Shit Tattoos

“He’s going to have to completely learn how to use his wrists again but, with a strong mental attitude and plenty of hard work, he should make a full recovery. I think we’ll see him back to his best in the next two to three years.”

Medical experts have issued a warning to anyone attempting to recreate any of the dance moves they see Solomun doing in his videos, claiming that while they may look simple, they are actually extremely intricate and incredibly complicated, and copying them could result in serious injury or worse.