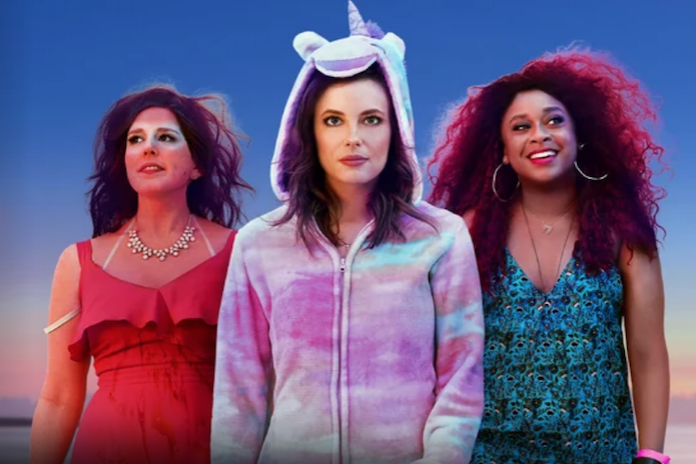 The director of Netflix’s much-maligned shitfest Ibiza, Alex Richanbach has admitted that he has never even been in a K hole, making him totally unqualified to make a movie about the White Isle.

Richanbach, best known for looking like a slightly melted version of Thomas Ian Nicholas, the actor who played Kevin in American Pie, also revealed that he has never even stepped foot on the island, instead choosing to watch fifty hours of Sky One’s Ibiza Uncovered and every episode of Ibiza Weekender as research.

Wunderground caught up with the director earlier today, “Well first things first, what’s a K hole?” he asked us inquisitively.

At this point, we stalled the interview and did what any dance music publication worth their salt would have done, asked him if he’d like a quick slug of coke to get him extra chatty for the interview and gave him a massive line of K instead.

Forty-five minutes later, the interview proceeded, “Holy shit, I’ve just been to the edge of the stratosphere and kissed the face of Methuselah,” he told us. “The movie is an insignificant speck of dust in the entirety of existence. But, is existence even real? Are we all even here? Does here even a thing?”

“I’m not so sure about anything anymore,” continued Richanbach, who seemed to be experiencing some sort of existential crisis. “We shot the movie in Croatia, but if nothing is real and everything is the same, then maybe we shot the movie in Ibiza and Croatia at the same time or maybe we didn’t shoot the movie at all and we are the movie.”

Promoter Only Person In Club Who Knows Who Promoter Is

“Either way, after experiencing a higher state of consciousness, the only thing that I know is true, is that that movie is pure fucking shit, I didn’t know and I’m sorry for what I have created. Please, please do not watch that movie, time is too precious to waste ninety-four minutes on that tripe.”

According to reports, after concluding his interview with Wunderground, Mr Richanbach sold all of his “Earthly possessions” and booked a one-way ticket to India, for a consultation with a high ranking Yogi and to buy shares in a ketamine factory.