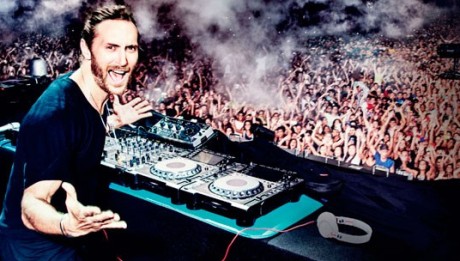 French cheese merchant David Guetta has finally realised that EDM is boring after making an amassed fortune of $500 million producing it.

Reports suggest that Guetta will now turn his attention to producing “glittery unicorn electro house” which he feels is a far superior alternative to EDM.

Wunderground spoke to Alan Henry, one of Guetta’s many PR advisors, “David feels that EDM has become rather boring and a bit stagnant,” Henry told us. “So he has told us that he will no longer be producing EDM, in fact, he will have nothing to do with EDM, apart from cashing royalty checks, for the foreseeable future.”

“David believes the future of music in now undoubtedly glittery unicorn electro house, a genre which he has really pushed in recent days, and will now dedicate his time to producing it en masse,” he continued. “He plans to completely saturate the market with it and then flog the absolute shit out of it until he’s made another five hundred million big ones.”

Sources close to Guetta have revealed that the DJ has experienced a “new lease of life” after discovering that he no longer likes EDM and will probably continue to produce lame electronic music for another thirty years.

“It’s pretty clear that David lost his love for EDM sometime ago,” revealed a close friend. “The vacant look on his face during his sets is evidence of that. We all thought he was about to retire but now that he’s discovered glittery unicorn electro house he’s like a brand new man.”

“The best thing about it is he can use all of the same sample packs and production techniques that he used when making EDM,” revealed our source. “To the untrained ear, they actually sound almost the exact same, but it’s the subtle differences that make it all worthwhile for David.”

In related news, former EDM superstar Afrojack is said to be becoming bored with the sound of his own voice and is considering taking a vow of silence. We’re hoping he follows it through.