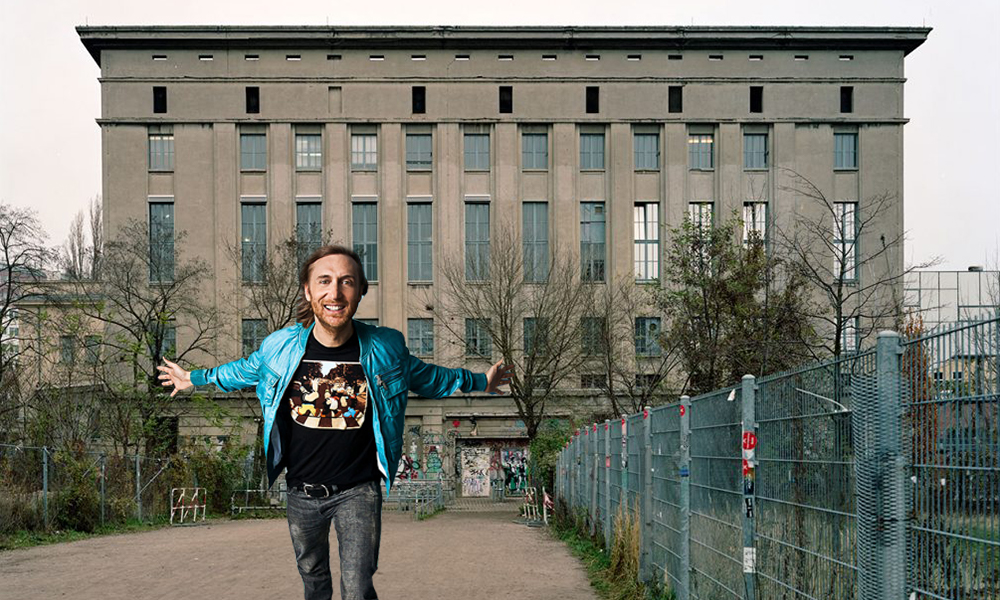 David Guetta is set for a dramatic return to Berlin to play his eagerly anticipated Berghain debut on 30 February.

Industry sources have confirmed that Guetta, once described as the “Jessica Rabbit of dance music”, will be taking over the decks as part of the annual Martin Garrix takeover, held in the club every year on 30 February.

“This year’s Martin Garrix takeover is definitely shaping up to be the biggest one yet, thanks in no small part to the fact that the one and only David Guetta will be joining us on the night,” confirmed Berghain security chief, and lifelong David Guetta fan, Sven Marquardt. “I’m super excited, I’ve actually taken the night off just so I can attend.”

“We’ve decided, because it’s such a big occasion, that we’re not going to refuse anyone at the door at all, at least until the place sells out, which is bound to happen very quickly,” continued Marquardt. “I’m going home to tie-dye a couple of t-shirts for it now. This is going to be huge!”

According to Berlin regulars Klaus and Olaf, there is no place for “the likes of Guetta” in Berghain.

“This is a bloody disgrace,” screamed Klaus. “There is no way Guetta, or anyone like him, should be playing in our club, even if he is one of the biggest gay icons in the world.”

“Yeah, I have to agree with Klaus,” Olaf added. “It’s just not right, we’ve no problem, with EDM or Garrix or anyone else on the line up, we just don’t like French people. They can go all the way back to Paris and eat baguettes full of frog legs for all we care.”

Initial reports suggest that demand for tickets for the event will be high, although it is unlikely that anyone looking for one will possess the intelligence to actually buy one.