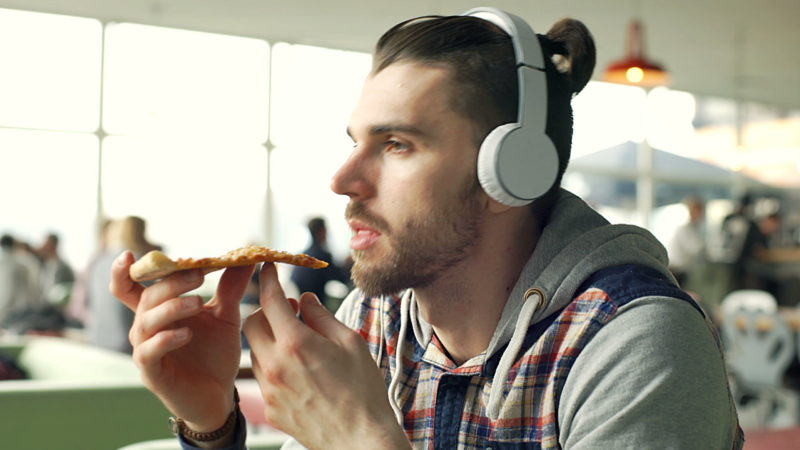 A DJ who has been suffering from a fast food addiction has admitted to having a massive chip on his shoulder as a result of his disorder.

Barry McCaffrey, aka DJ Big Mac, claims that people just don’t understand his addiction and believes there is a prejudice against people in his situation.

“If I was hooked on coke or pills or booze people would be all like ‘oh, how edgy’ but when people here you’re addicted to fast food they automatically just look at you and think, ‘eh, stop eating chubby’ but what’s the difference, it’s just not right,” McCaffrey claimed during an exclusive chat with Wunderground. “It’s time to break down these prejudices and start judging these other pricks instead.”

“Look, I’m not saying that I’m any better or worse than some scumbag who’s addicted to drugs, but at least what I’m doing isn’t supporting international narco-terrorism,” continued the DJ. “In fact, I’m actually supporting local jobs and the majority of fast food I eat comes from independent local takeaways, I’m all about community, me.”

According to an addictions counselor, Mr McCaffrey is suffering from a condition that is known in the industry as “being a bit of a moany cunt”.

Man Fails To Get His Shit Together For 687th Consecutive Weekend

“We see people like Mr McCaffrey all the time,” claimed the expert. “The lack of a balanced diet has turned him into a bit of grumpy arsehole and he’s got a serious chip on his shoulder. The truth is, we take all addictions very seriously and we want to help everyone with an addiction of any kind, we don’t give any preferential treatment to anyone or any specific addictions.”

“Apart from people with sex addictions, they’re nothing but randy bastards.”