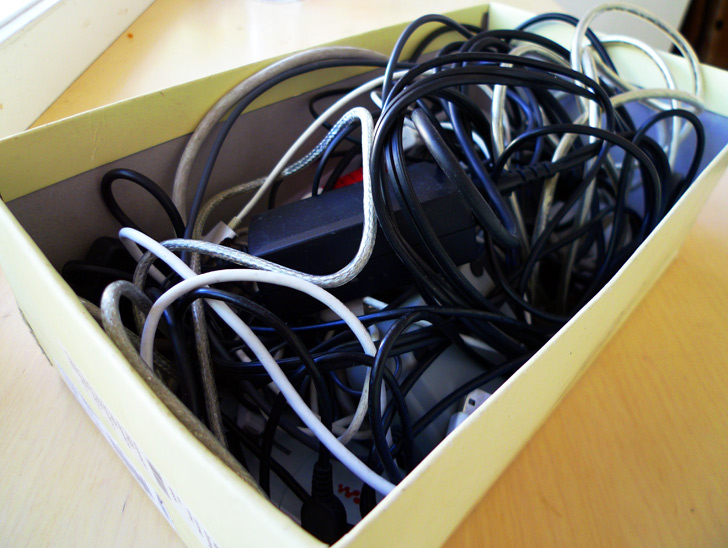 A local DJ has confirmed that he plans to start his fourth cable drawer at some point this year.

“I’ve been thinking about starting a new drawer for a while now,” Angelo told Wunderground. “The three cable drawers that I have at the moment are starting to overflow so there’s definitely a good reason to get a new one started, I just need to figure out exactly where I’m going to put it.”

“My bird suggested I should just throw some of them out, the absolute moron,” continued the DJ. “She’s not a DJ so she obviously hasn’t got a fucking clue. She was picking out cables and asking me what I need them for, I didn’t know what half of them were but you know yourself, you never know when one of these inanimate cables is going to come in handy.”

“They’re all in really good nick too mate, some of them look like they’ve never even be used so there’s no way I’d be throwing them out,” he said firmly. “If anything, I should be insuring them, there are probably tens of pounds worth of copper alone in those drawers.”

“At the moment, the drawers are spread throughout the house, so I’m thinking of centralizing them all into one room, maybe even one chest of drawers,” he continued. “I also plan on cataloging everything, I’ll have a drawer for power cables and one for RCA cables, then I’ll have one for old chargers and cables that look useful. I’m halfway there already, I’ve already sorted everything by colour, all the black cables are in drawers with all of the other black cables.”

“My new drawer will initially be used for excess until I’ve set up my system and have a place for everything,” he revealed. “At that point, I’ll most likely have another batch of cables in my possession and I’ll probably look into the possibility of renting a bigger place.”

According to sources, Mr Angelo’s girlfriend, Susan, is currently looking for a new apartment after informing the DJ that either the cables go or she goes.