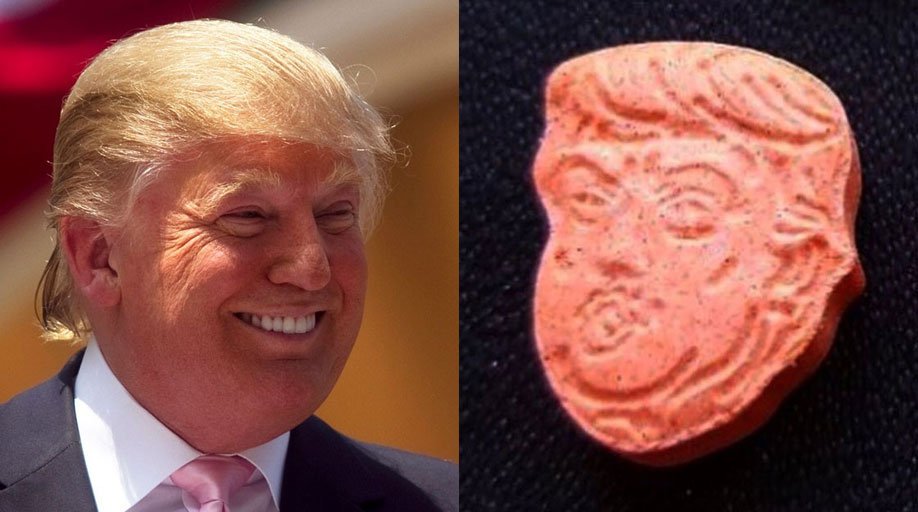 Interpol has this afternoon issued a statement warning people all over the world about a current batch of Donald Trump pills that are actually extra strong laxatives.

According to the statement, the pills are in bright orange and pumpkin shaped, making them extremely lifelike replicas of President Trump’s head.

“If these things weren’t smaller than a Nickel you would actually think they were President Trump’s head,” claimed an Interpol spokesperson earlier. “They are being sold as ecstasy, and possibly other versions of recreational drugs, to people in nightclubs all over the world. There is no recreational drugs in these tablets at all, they are, in fact, an extra strong and fast acting laxative.”

Experts are claiming that the Donald Trump pills are actually rebranded Poop-Be-Gone pills, the strongest pharmaceutical laxative known to man.

“If you take one of these pills you are going to be shitting, quick,” claimed fecal expert Dan Bilzerian. “I’ve been experimenting with Poop-Be-Gone for years now and it’s gotten me into some very messy situations, I would image a lot of people are going to be getting quite a bit more than they bargained for with these pills.”

Reports suggest that a number of nightclubs around the world have been forced to close early after what is being described as an “extreme shit bonanza”.

One eyewitness claimed that he may never get over what he saw, “It was totally disgusting, man,” he told us. “It was a tech house night so I knew it was going to be pretty shit but I never imagined the shit would be up to my knees. I haven’t seen that much shit in the one place since Dimitri Vegas & Like Mike went back to back with Skrillex and Diplo.”

If you have come across any Donald Trump pills and you are not looking to perform an emergency evacuation of your bowels, we advise that you either flush it down the toilet or give it to someone you don’t like immediately.