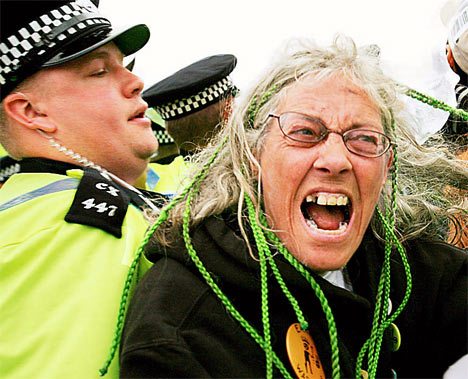 Friends of the Earth and Greenpeace have today lashed out at suggestions made by dance music fans, in particular those who listen to jungle, for making the “ill informed and frankly offensive” suggestion that the “jungle is massive”.

“When dance music fans make silly unintelligent statements which suggest that the jungle is quite a large place they reinforce a belief that because the jungle is so big it is okay to conduct large scale deforestation,” earnested the earnest protester Earnest.

“The sooner jungle fans realise that, while the jungle may have been massive in the late 80s when the genre first emerged, it is now dwindling by an area the size of a big chunk of forest every day, the better for everyone.”

“The jungle is the lungs of the planet and while we wish it was massive, making a pithy statement suggesting that it is anything other than a quickly dwindling finite natural resource is at best shortsighted and at worst willfully ignorant and only serves to further instate the belief that mankind can continue the destroy our natural jungles,” continued Earnest earnestly.

“Every time someone says ‘the jungle is massive’ a child in Brazil dies alone in the jungle after being horribly crushed under a falling tree which, having no-one around to witness, makes no sound to alert the poor child.”

Greenpeace offered some alternative suggestions to be uttered by jungle MCs at bad raves which include “jungle is great but we really need to do more to conserve them, jungle is in danger of being eradicated completely within the next century and jungle is a really nice place for a picnic but probably won’t be there much longer because of your lazy, shiftless planet destroying ways, you cunt”.

“I realise these slogans are, like an overly long saxophone solo or a big fart, slightly long winded,” concluded a hemp shoe clad Earnest while eating a can of chickpeas with a whittled fork, “but I think that the sooner people realise that the jungle is not massive the sooner we can face the real issue and through an extensive planting program and 6 hour long jungle mashed sets, make the jungle massive again.”