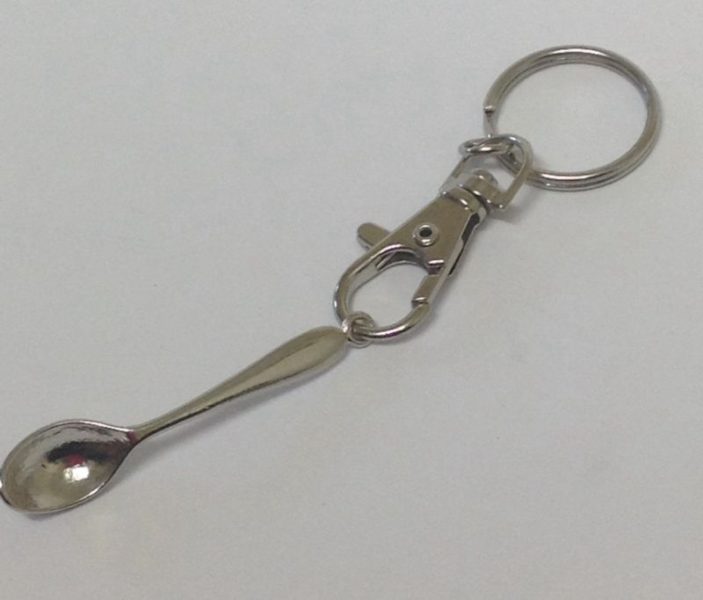 A Manchester girl has today failed to secure a job after arriving to the interview still wearing her ket spoon from attending a deep house rave the previous night.

24-year-old Samantha Hynes, who lists her favourite things as herself, Ibiza and ketamine, claims she was totally unaware that she was still wearing the ket spoon, reportedly a gift from a ex-boyfriend who whittles them himself using his own teeth.

“Straight away my hackles were up,” explains interviewer Hannah Deakins,” she was dressed like she was still going from the night before, wearing those trousers that curve around the bottom of the arse cheek leaving an exposed surface that, depending on your figure, looks like either a wrinkled beach ball or soft boiled egg.”

“Neither of which you want hanging out of the back of your hole for a job interviewer, or anywhere else for that matter,” continued Hannah, surreptitiously supping from a dented flask containing high proof tequila that she keeps in a desk drawer. “So her arse is scraping the floor and dangling between her boobs was an obviously used ket spoon.”

A ket spoon is a small scooping device that a certain section of the clubbing scene wear around their necks so that they can shovel ketamine into the holes on the front of their faces.

“You could tell it was used because there were still little caked in flecks of white crystals on it that she had obviously forgotten to lick off,” added Hannah, “probably in her haste to find a DJ sporting a topknot on whose penis she could squat.”

“I couldn’t hire someone like that,” continued Hannah, whose derisory stance on wearing ket spoons is somewhat undermined by her even knowing what they are as well as the obvious scent of tequila on her person, but she insists she only read about ket spoons on the internet and that it’s not tequila but tequila flavoured tonic water. “I know it’s only a spoon and she probably wouldn’t have been bumping shards in work but anyone who wears such a blatant declaration of their drug use at a job interview is a moronic embarrassment and shouldn’t be hired.”

Samantha defended her actions saying she forgot she was wearing the spoon and that it wasn’t even for ket anyway.

“It’s for cups of tea, honestly, I just really, really drink loads of tea and sometimes, in the mile a minute world of the chronic tea drinker, it’s hard to locate a spoon in time so I wear this one around my neck,” claimed Samantha. “And besides even if it was for ket, it’s only a bit of ket, it’s not like I walked into the interview with a syringe around my neck or had the words ‘I take drugs’ etched onto my forehead in black marker.”