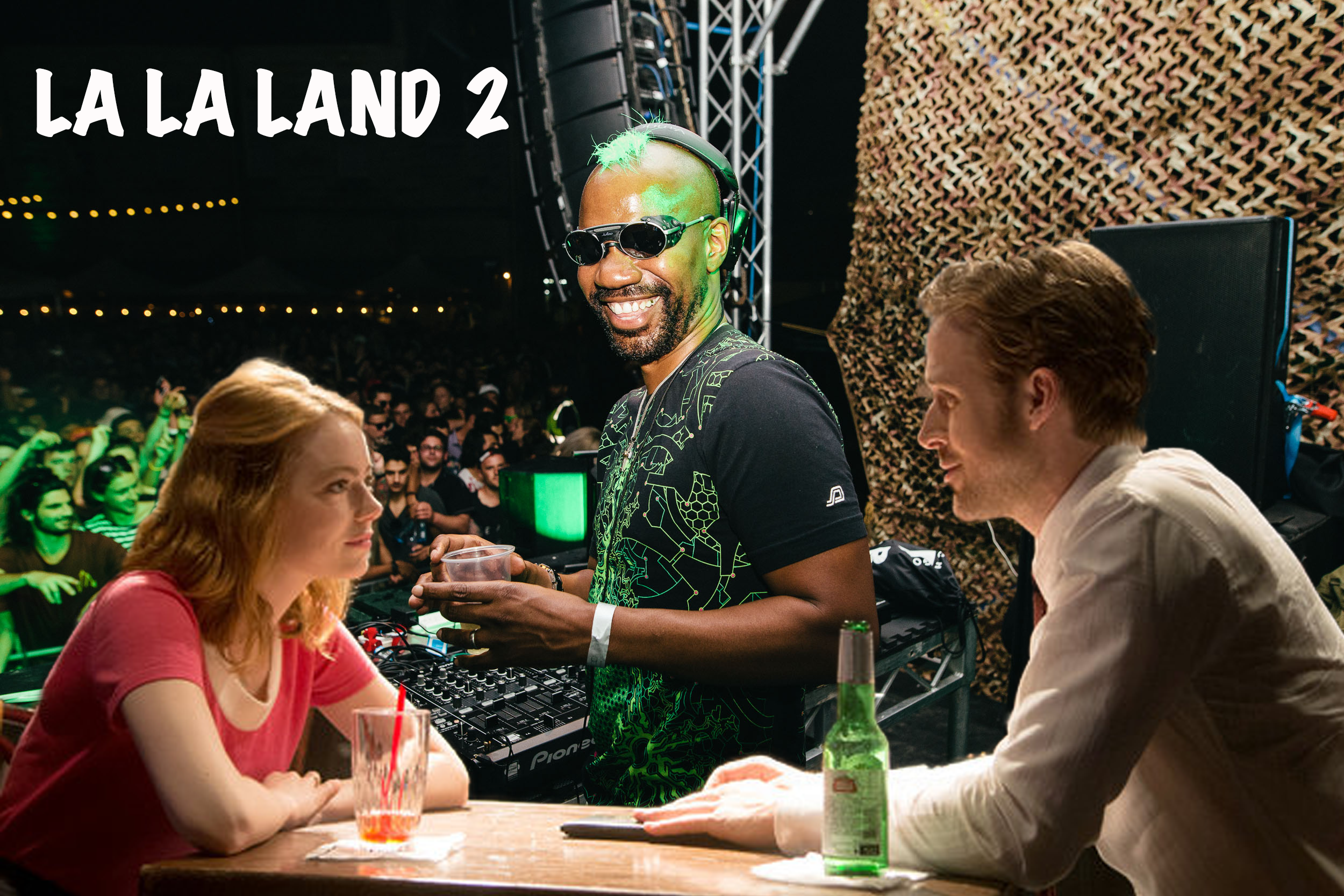 Following up on the hugely successful La La Land, the sequel is set to hit the silver screen in 2019 with Green Velvet, real name Curtis Jones, set to play a starring role.

“We’ve always wanted to do a La La Land 2,” confirmed director Damien Chazelle. “In the first movie, Ryan’s character opens a jazz club but, as we all know, jazz is shit and the club inevitably fails. In La La Land 2, we’ll see the natural progression of the club as it transitions from jazz to techno.”

“Number two is definitely more of a hilarious tragedy that a romantic comedy,” continued Chazelle. “Emma’s character returns as a washed up actress with a terrible cocaine addiction, she’s really hit rock bottom and she turns to techno to try and give her life some new meaning and direction. It’s a real hoot.”

“Green Velvet is going to be our resident DJ and a really pivotal part of the overall story,” explained the director. “Originally we wanted Cajmere, as we feel his dry wit would have added extra layers of comedy but, unfortunately, he wasn’t available so in the end we settled with Green Velvet, we’ll rely on his tuft of green hair for comedic relief.”

According to rumours, Ryan Gosling is believed to be “fuming” with Green Velvet’s inclusion in the cast, claiming that he would made a perfect DJ himself.

“The only reason I got into acting was so, one day, I could fall back on a cushty DJing career,” he ranted earlier today. “This would have been the perfect segway for me, but no, Damien wants to get a real DJ to add ‘authenticity’. What a fucking schmuck. If I wasn’t so desperate to get into Emma Stone’s panties I would have quit this movie ages ago.”

Unconfirmed reports suggest Green Velvet will also be responsible for scoring the movie, with his 2001 banger La La Land tipped to be the official theme tune.