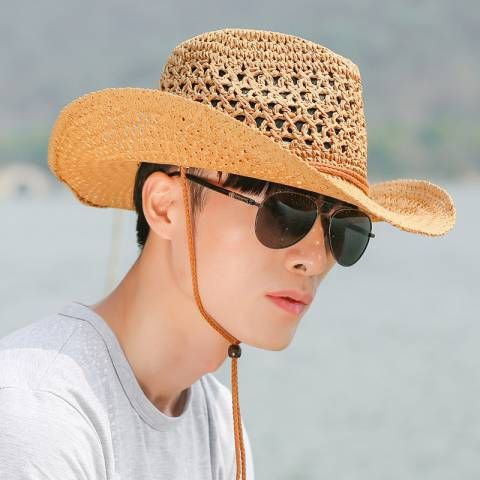 Hungry? This Festival Now Have Gluten-Free Paleo Foie Gras For People Who Are Too Good To Eat Fries

A guy who spent all of yesterday wearing a straw hat has woken up this morning feeling quietly confident that he is some sort of fashion guru.

The man wearing the hat, Marcel Maes, known to his friends as M’n’M, has been described as having the “fashion sense of a sixty-year-old rent boy”.

“Marcel dresses like shit, all the time,” claimed a friend of Maes. “It’s not his fault, he just has no style, I think his mom dressed him until he was about twenty-five and he never really recovered from that.”

“Yesterday’s straw hat was a low point, even for him,” he continued. “He looked like a cross between a scarecrow and a homeless guy, he thought he looked really good too, if it wasn’t so tragic, it would have been hilarious.”

“People were coming up to him all day saying things like ‘nice hat bro’ and ‘cool cap’ I think they either thought he was wearing it ironically or they were taking the piss out of him.”

“Whatever it was, he thought they were being serious and the compliments definitely went to his head, he was strutting around like Cristiano Ronaldo in a mirror factory.”

According to an actual fashion guru, a mixture of backhanded compliments and alcohol has led to Mr. Maes suffering from what is known in the industry as Gaga Syndrome.

“Gaga syndrome is when you think you’re a fashionista and that you always look great, when in reality you look like shit, just like Lady Gaga,” she told us.

“Looking at that guy’s hat, he’s definitely got it, there’s no way someone could actually wear that piece of shit and think they looked good unless they had it.”

Mr. Maes has yet to comment on yesterday’s outfit, with sources close to the man claiming he will make a statement when he is finished deciding what socks to wear with his crocks.